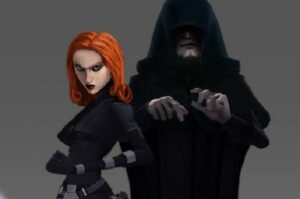 While it’s unfortunate that Clone Wars has been cancelled, the show did finally somewhat come full circle, with four episodes being released to the net that weren’t totally completed, but close enough for the fans to enjoy. Yet another Star Wars series is set to continue on, and it’s Star Wars Rebels.

As Collider reports, the series got the greenlight for a second season right after the first season premiered. As a Lucasfilm source said, “We all love making Rebels, so we couldn’t be happier that it’s moving into a second season. The fan response to the show has been amazing, humbling and inspiring.”

IGN feels that Rebels is “very much in line with the tone of the original Star Wars trilogy. It takes place during an era when the Galactic Empire is securing its grip on the galaxy and hunting down the last of the Jedi Knights while a fledgling rebellion against the Empire is taking form.”

The L.A. Times review of the show notes, “Though firmly in the Lucas tradition, this is also a Disney cartoon, for a Disney crowd and a Disney corporation …and whatever the characters are up to, however cute or sentimental the business, it is smartly designed and cinematically staged, and not hard to enjoy.”