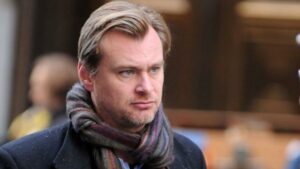 Okay, so we all know by now that the next Christopher Nolan movie, Interstellar, is coming November 7. We’ve seen the trailer, we’re still not totally sure what the movie’s about, except that Matthew McConaughey is trying to save the world, and we hope it’s going to turn out alright, alright, alright.

Yet film buffs are owing Nolan a big debt because he’s actually helping keep celluloid alive. Nolan refuses to work on digital, and is one of the only directors who has the clout to get a movie made on film. So if you want to see Interstellar on film, you can see it two days early.

As the Hollywood Reporter tells us, Interstellar will come out in 240 theaters in 77 markets where the movie will be projected on 35 and 70mm film. (These days, movies are projected on digital.) You can also see it on Imax two days early as well.

This is actually keeping Kodak in business, whose sales have plunged 96% in the last decade due to digital. While we don’t get the impression film will last forever, for at least the next few years we’ll still be able to enjoy it.

Health and fitness devices and apps raise some serious questions