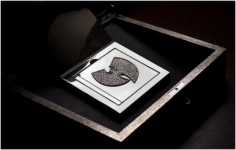 They say you can’t put a price on great music… well, they would be wrong. There certainly is a price for great music, and every so often that price is astronomical. There are times when the price of a record is warranted, such as when its rarity, mixed with its cultural significance drives up the price. Then there are times (as is the case with the first entry on this list) where the exorbitant cost is more of a publicity ploy — albeit a pretty good one.

Whatever the reasons, unless you’ve won a Powerball jackpot from Lottos Online or struck oil in your backyard, chances are you probably can’t afford these four records.

Once Upon A Time In Shaolin – The Wu Tang Clan

This newest record on this list also represents the highest price ever paid for a record, clocking in at a whopping $2 million. How did the Wu Tang Clan, a New York rap group with a modest (by today’s standards) following manage to sell the most expensive record in the world? Here’s how: they only made one copy.

Recorded in secret over more than a half-decade and kept locked in a vault in Morocco, the album gained mythical cult status, so that by the time it came to auction, young millionaires the world round were bidding on it.

But that’s not even the strangest part of the story; Martin Shkreli, the infamous villain of the news cycle who raised the price of live-saving pharmaceutical drugs for which he owned the patent, was the buyer of the album. It’s a weird world out there.

A classic case of “rarity + significance = cash”, this absolute first cut of what is colloquially referred to as the Beatles’ White Album (But officially just called The Beatles) was sold at auction for $790,000. The copy originally belonged to Beatles drummer Ringo Starr, but one can only assume he was just as happy to take the near-million-dollar payout for the album.

That’ll Be The Day – The Quarrymen

If you’ve never heard of The Quarrymen, that’s okay — they never released a proper LP album, nor did they make it that big. They are incredibly significant, however, as the band that would later become known as The Beatles. Only one copy was made of a Quarrymen recording, featuring a very young Paul McCartney and John Lennon, and that copy is owned by McCartney himself. It is worth between a quarter- and a half-million-dollars.

Finally, there’s the famous acetate copy of The King’s My Happiness, which was purchased by one-time White Stripes frontman Jack White for a cool $300,000. For White, the purchase seemed more about allowing everyone to hear the record, than hoarding it for himself, which is more than one can say for the first buyer on the list, Martin Shkreli.

There you have it: the four most expensive records of all time… so far. Who knows, in a few decades you might see Beyoncé albums going for millions of dollars at auction. Only time will tell!

Different Ways To Find A Divorce Attorney In A Digital World