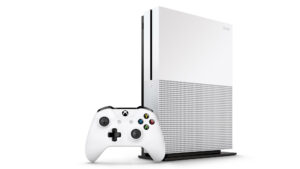 Microsoft officially confirmed on Monday that a slimmer version of its gamingmachine Xbox One will be launched in August.

Dubbed the Xbox One S, the new console will be 40 percent smaller than the existing Xbox One. Microsoft claims this is the smallest gaming machine the company has ever produced.

According to Microsoft, this is “the sleekest, most advanced Xbox ever” with 4K Ultra HD video support and High Dynamic Range capabilities for both gaming and video. The new Xbox One S also comes with a slightly redesigned controller, featuring textured grip, increased wireless range and Bluetooth support.

The company also announced another new console, Project Scorpio, which comes with VR capabilities and allows gaming in 4K.

The console will be backwards compatible with both the Xbox One and Xbox One S.