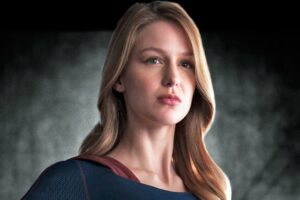 We’ve already got plenty of superhero movies in the pipeline, and now they’re flooding TV and cable as well. Supergirl will be making her network debut this fall on CBS, and Melissa Benoist, who’s playing the lead, is calling her the Annie Hall of superheroes.

As she told Variety, “She’s a strong female and a female hero, which I think is so important and will pseak to so many people at this time right now in the world. She’s more complicated than you see in superheroes nowadays.” When the producer of the series called her the Annie Hall of superheroes, “that sealed the deal for me.”

Asked to elaborate further, “Just that she is quirky and eccentric and intelligent and on this journey of self-discovery. She’s figuring out how to be a woman and the difficulties of that.”

We’ll see if Supergirl will fly this fall, already there’s a trailer for the show, and it doesn’t look bad. Considering Superman’s been rebooted to death, maybe redoing Superman’s cousin can give us something more interesting to watch this year.

Wanna Have a Drink at Indiana Jones’s Bar?

Asa Butterfield to Be the New Spider-Man