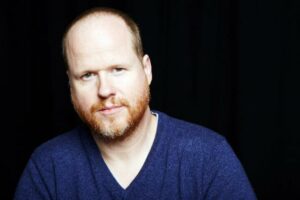 For the Daily Beast, Whedon was asked about the upcoming female superhero flick, Captain Marvel, and whether we’ll see a female lead superhero movie before we see a female president. “I’d like to see both,” Whedon says. Captain Marvel isn’t slated for a couple of years yet. But hopefully all of it [will happen]. We haven’t seen enough.

The Beast points out that Black Widow “gets a major bump in screen time in Avengers 2,” and Whedon said, “I love the character. She is in a little bit of a boys’ club and she’s very comfortable there, but she has a different take on what it means to be a hero than everybody else, and she has a real darkness to her.”

The Beast writes that Age of Ultron is “at once funnier and more cartoonish than its predecessor. It also ups the ante on the political and personal conflicts that haunt its heroes…” We’re especially looking forward to the legit Avengers reviews, but we’re willing to bet it is indeed a winner, and will do exceptionally well when it’s unleashed on May 1.

Guitar Hero is Officially Back