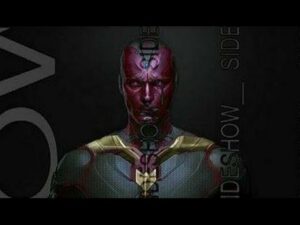 The final trailer is in for Avengers Age of Ultron, and we at TG are very excited about the new Avengers flick, because we believe it has major potential to blow the first one away by a wide mile.

The trailer moves really quick, and if you blink, you’ll miss a lot, but you do get a quick look at Vision, and there does seem to be credence to the rumors that the Avengers may be battling themselves a lot this movie, because we see them fighting each other, and when you take a hit from a superhero, it looks painful.

In other Avengers news, Fandango has launched pre-sales for Age of Ultron, which opens in theaters on May 1. It will clearly be the pre-release indicator as to how big the box office for the movie will be for the film, even though we all know it’s going to be ginormous no matter what.

These days, a sequel has to be at least good, if not better, than the originals. It’s what the fans expect, and we actually have the feeling that indeed this one could be a very worthy, and better, follow up, to the first movie.

Guardians of the Galaxy Set to Sweep the MTV Movie Awards