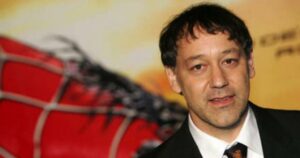 We at TG get so tired of all this reboot nonsense, although it’s certainly nice when they try to fix something that was screwed up. With Spider-Man, we were of the opinion they should have quit while they were ahead, but now there’s news there could be yet another reboot of the classic Marvel character.

As everybody knows by now, the Sony hacking has made a ton of private information public about movies in the works, and Spider-Man was a big franchise at Sony until the last one under-performed.

Now Cinema Blend reports that director Sam Raimi could come back to the franchise, which would definitely be a welcome change of pace. (Bryan Singer coming back to X-Men sure did wonders for the franchise.) This was apparently one idea to bring the franchise back to life, and as we just reported on TG, Sony is planning a Jump Street / Men In Black crossover film, and apparently there’s talk of a Spider-Man crossover as well, with Spidey appearing in the third Captain America film.

As the Wall Street Journal reminds us, there are Spider-Man spin-off movies still in the works including Sinister Six and Venom flicks.

The HP EliteBook 755: HP and AMD Have a Winner Notebook This Season

The largest criminal trial in Vatican history is about to start