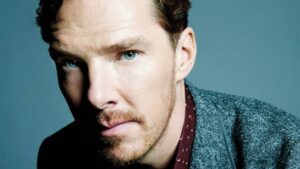 As we’ve mentioned her before on TG, Doctor Strange has to be the most awaited big screen adaptation of a Marvel character since Spider-Man, and Benedict Cumberbatch is officially on in the title role.

Of course the movie doesn’t just have one character in it, and Collider tells us that three major actors are up for a big part in the film, The Ancient One. Who’s up to play him? Early reports tell us Ken Watanabe (Inception), Bill Nighy (Harry Potter and the Deathly Hallows), and Morgan Freeman.

Collider speculates the movie will probably start shooting late next year for a November 4, 2016 release date. We’re sure a cast will be officially nailed down soon, and we’ll officially know who’s part of the story, and who will be playing who. There’s also been speculation that Doctor Strange could be in the next Avengers movie because there will be reshoots for it soon, but right now this is just speculation.

Whenever Doctor Strange is ready for the world, we’re definitely looking forward to seeing him on the big screen in 2016, if not sooner.

Blackhat Thriller is Right on Time

Could Sam Raimi Return to Spider-Man?