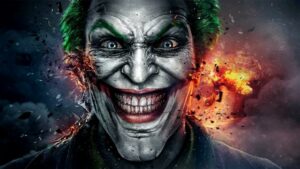 There was a good reason The Dark Knight Rises didn’t have the Joker in it. There’s no way they could have had another actor playing The Joker, because the late Heath Ledger completely reinvented the role, and it would have been a total insult to have anyone else take over the part.

Yet with the Christopher Nolan Batmans finished, it’s safe to assume another actor can take on The Joker, and in fact, reports are hitting that Jared Leto could be playing the famous supervillain in the big screen edition of Suicide Squad.

This is actually a very good choice for the role, and doing it in Suicide Squad, instead of another Batman movie, could give Leto a chance to be his own Joker, without the baggage of the previous movies.

Writer / Director David Ayer (Training Day, Fury) is onboard to direct Suicide Squad, and it has a release date of August 5, 2016. Leto wouldn’t confirm or deny he was going to play the Joker to The Hollywood Reporter, but he did say, “I do [have my eye on one project]. I am excited about what’s happening…It’s going to be an exciting 2015. I’ve sworn to keep my mouth shut but I think that very shortly there will be something to talk about, that’s for sure.”

The Osbournes to Return