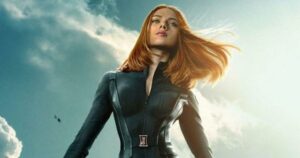 So Marvel made a big announcement of what their “stage three” movies will be, and it’s a hell of a line up taking us into the next decade. The third Avengers movie will be split into two parts, there’s also movies of the Black Panther, The Inhumans, and Captain Marvel in the works, as well as the long awaited Doctor Strange.

But what about the Black Widow movie that was rumored? And how about giving the Hulk his own flick? The fans would certainly love it if both got made, yet we do understand why the big green guy doesn’t have his own flick. They tried twice before The Avengers made him part of an ensemble, which worked much better.

For those who want to see more Marvel women, there will of course be Captain Marvel, as well as another Agent Carter series on ABC. The Hollywood Reporter was especially perplexed there wasn’t a Black Widow announcement: “It would be easy to imagine a spinoff movie featuring her and Hawkeye or a Cold War thriller-type movie with her and the Winter Solider.”

And at a press conference, the head of Marvel’s movie division confirmed the Hulk will be part as part of a team, but there was no talk of a solo flick. And while it would be great to see a Black Widow flick, we’re curious to see how Captain Marvel will fare as well. Both the Black Widow and the Hulk should continue to be strong parts of the Avengers ensemble, so we really can’t complain.

Why Zeppelin Had to Come to an End