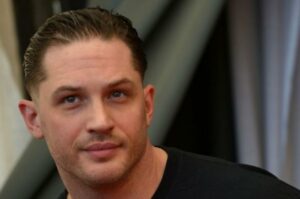 While Tom Hardy played Bane to mixed results in The Dark Knight Rises, he’s now apparently in the running to play another superhero villain, namely Apocalypse from X-Men.

X-Men had a big return to form with Days of Future Past this summer, and the next installment in the series will indeed be Apocalypse. Uproxx tells us that along with being considered to play the lead in Doctor Strange.

The end teased the coming apocalypse in X-Men so to speak, but it’s indeed been common knowledge for a while that it will be the next installment in the series, with a projected release date of May 2016. It’s interesting that Hardy could end up playing one of the most awaited Marvel big screen adaptations with Strange, or he could end up going to the dark side again. (And why not, because it’s often more fun to play a bad guy.)

We’re certainly curious to see how Hardy could approach either character, as well as how he’ll play Mad Max next year, we just hope he won’t give Apocalypse a goofy, compressed old man’s voice like he did with Bane.

Primus Pays Tribute To Willy Wonka and the Chocolate Factory

Is Birdman the Best Movie of the Year?