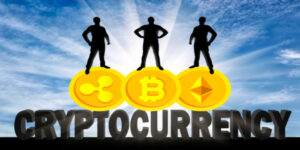 Market experts and investors are divided amongst their opinion regarding the feasibility and practicability of cryptocurrencies. But there is absolutely no doubt that many individuals and organizations, all over the globe, were able to make huge amounts of money by investing in virtual currencies. This phenomenon has fuelled and is still fuelling, the craze for cryptocurrencies.

For those who are looking to enter into the investment market of virtual currencies Bitcoin, which is priced too high as of now, might not be a viable entry point. Instead, there are many Altcoins out there, which are much cheaper than Bitcoin, are advanced in technology and come with a great potential for generating good gains on investment. But, before we tell you about the Non-Bitcoin Altcoins let us share with you certain guidelines that can help you judge the performance of a cryptocurrency; well in advance. This will help you in finding and investing in good Altcoins on the best cryptocurrency exchange.

Guidelines For Choosing a Good Altcoin To Invest In

The growth of cryptocurrency is, undoubtedly, astounding and astonishing. If we compare; the present day situation with the beginning of the virtual currencies then the market capitalization of cryptocurrencies has grown to a surprisingly impressive level. With so many cryptocurrencies currently in circulation and many more ICOs coming up in the near future; a few key factors must be taken into account before coming to a conclusion regarding a new virtual currency:

In case of new ICOs which are coming up; the maximum supply of the relative crypto coins is well-known in advance. However, if we talk about cryptocurrencies such as Ethereum, they don’t have a maximum supply. This means a lot more value to the current market capitalization will get added as long as Ethereum is getting generated.

Mining of the Currency

Cryptocurrencies with a native exchange

Although this is a rare phenomenon in the cryptocurrencies which are coming up; it is still wise to look whether the cryptocurrency is traded on an exchange majorly controlled by developers or not. If yes, then the relative virtual currency is not investment worthy as the price of the same can be manipulated easily which is clearly and understandably against the very definition of cryptocurrencies.

Now have a look at the following list highlighting some of the Altcoins, in 2018, which hold a promising future.

However, please note that this post is for mere informative purposes and doesn’t hold any investment or financial advice. So do your own research before going ahead with your investment plans.

The end of 2017, was marked with a rise of Ripple. The major reason behind the growth of Ripple is the support that it is getting from banks worldwide. The transaction fees for Ripple are one of the lowest and according to a statement made by Ripple; banks can easily save more than $3 per transaction if they work on Ripple’s network.

Not only the transaction cost is minimal; but also the transaction time. The settlement time for a transaction done on Ripple’s network is not more than a few seconds. American Express’s adoption of Ripple has enabled its users to make instant blockchain based payments. Altogether, Ripple had a marvelous 2017 and its performance is expected to skyrocket in 2018.

If we talk about Ripple; then it is best-suited for banking and financial institutions. But in the case of NEM; it can be scaled and adapted to almost any kind of application.

The main strength of NEM lies in its technologically advanced and strong blockchain technology which due to its revolutionary consensus mechanism and super node program has the capability to grow without ever compromising on its output or stability.

The price of IOTA, is definitely, increasing and is juggling between $1.5 – $4. If you compare IOTA with other cryptocurrencies then a striking difference is that; it is not based on blockchain technology, unlike other virtual currencies.

The addresses used by IOTA cryptocurrency; when you do a transaction; change constantly. This means that this virtual currency is quite safe, secure and reliable. The recent hype in the craze for IOTA is due to its partnership with Microsoft and other big brands like Bosh. Furthermore, there are no transaction fees plus the rate of the transaction is unlimited.

If you are looking for anonymity in a virtual currency, then you must go with Monero. The price of Monero has shot up to over $200 in a relatively less period of time, mainly due to the high level of anonymity it offers.

Also while performing a transaction, in Monero, separate transaction units are used. This means if you transact 200 Monero tokens it will get divided into separate units like 40, 50, 60, 20 & 30 tokens (XMR). Moreover, the record of these units is also kept separate so there is, absolutely, no way to track them.

No! it doesn’t end here. The anonymity, in case of Monero, still continues as it uses ring signatures to blend various transactions.

The Steem coin is the energy source of Steemit, which is a blockchain-related social media platform used by various persons for generation of content. The authors are rewarded with Steem tokens for their posts, through a voting system, which can be converted into dollar-linked Steem dollars (SBD). So, Steemit is actually a social media platform where you actually earn by posting.

Steem has rapidly become a favorable coin of the masses; basically due to its zero fees and a transaction speed of 3 seconds. Moreover; unlike other cryptocurrencies; the transactions done on Steem have never slowed down.

Cardano, just like Ethereum, gives the provision of smart contracts. Popularly, Cardano is being compared to Ethereum as the previous CEO of Ethereum is one of the co-founders of Cardano.

Cardano has its own proof-of-stake mining Algorithm known as Ouroboros plus it is looking forward to releasing a debit card of their own. Through the debit card; users can load up funds and use the same just like another regular debit card.

Moreover; there are no transaction fees for the ADA token of Cardano.

Siacoin aims to give a strong competition to cloud storages like Dropbox, Google Drive etc. Since the storage will become decentralized with Siacoin; it won’t be easy for hackers to get access to your precious data. This is what makes Siacoin; a favorable virtual currency in the coming future.

Moreover, you can also rent out a part of your storage space to someone else and earn a certain amount of fees on it.

NEO works on the same functionality which Ethereum offers so the forthcoming ICOs can benefit from it. Just like Ethereum; Neo also provides the facility of smart contracts.

Developers, who are assigned to create new tokens for NEO, can work easily on its platform as coding can be done using C, C# and even Java.

As of now, NEO has already partnered with major firms further bolstering its image as a favorable Altcoin.

So, folks, these are the Non-Bitcoin Altcoins 2018 which will probably dominate the future cryptocurrency in the market. Apart from these plenty other Altcoins are available and new ICOs are coming up which are offering tokens at a much cheaper price than Bitcoin.

Reiterating our statement again, the Altcoins mentioned in this post are not meant for any kind of financial or investment advice. This post is for, mere, informative purposes and must not be used as a guideline or a directive towards any of your investment decisions. Please, do your research before hopping on to an investment plan.

Best Job Opportunities for Students in 2018

Where to find Freelancers for your Online Business