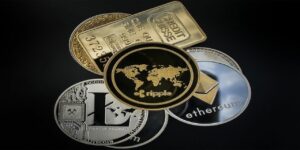 Bitcoin, which still dominates the cryptocurrency market after a decade, is driving attention due to its growth in price and value. Named as the best investment asset of the decade, Bitcoin’s returns for the year 2020 have surpassed the returns of traditional instruments like gold and stocks. One of the ways to access this cryptocurrency is through mining Bitcoin.

What is Bitcoin Mining?

Miners together provide a computational power to validate a transaction. After maximum miners have deemed the transaction as valid, the miner who solved the problem receives a reward in the form of Bitcoins. This process is known as mining. And the computers or hardware systems that solve computational problems are called miners.

Since Bitcoin’s popularity exploded exponentially, the number of players performing the mining process has subsequently increased. Hence, the question that has gained relevance in 2020: ‘Is Bitcoin mining profitable’?

Well, a couple of factors has changed since 2009, the year of Bitcoin’s invention. In 2009, only a handful of people mined Bitcoin and at times from the four corners of their homes on their computers. With Bitcoin gaining prominence, subsequently, the firms and people involved in the activity of Bitcoin mining increased.

Furthermore, another factor that has changed since 2009 is the Bitcoin rewards handed out per block. At first, the number of Bitcoin rewards per block was 50 BTC. After every 4 years, the rewards split in half. While in 2016, the Bitcoins rewarded per block were 12.5, in May 2020 it further split in half to 6.25. Well, in 2020 the question to can you still mine bitcoin is yes, but is mining bitcoin worth it? Even though mining bitcoin can be profitable, sometimes exchanging it to another currency can make a value. For example, you can consider exchanging bitcoin to ethereum.

With Bitcoin trading at levels near $12000 now, anyone might wonder, is mining bitcoin profitable? Well, mining Bitcoin can be profitable but there are factors attached to it. Here are a couple of factors that miners need to consider:

How Much Do Bitcoin Miners Make?

If you are wondering how much can I make mining Bitcoin, it depends upon a multitude of factors including your location, hardware equipment, your hash speed, your state’s electrical costs, etc.

There are mining calculators available online for you to add your factors and it will display the result of profits that can be generated per day.

In this article, we covered Bitcoin mining is profitable in the year 2020 considering the various factors. Meanwhile, the cryptocurrency continues to gain mainstream adoption with each passing day.

What are Employee Engagement Apps and How are They Beneficial?

What Is A Name Generator?