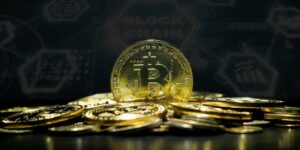 There is no doubt that bitcoin is one of the top digital currencies in the market. Over the last few decades, it has been one of the best-performing assets and has helped many investors bring in significant returns. But at the same time, it is full of risks.

Many investors have also lost plenty of money in cryptocurrency, including Bitcoin. As the world moves toward digitalization and technology, the adoption of digital currencies is also on the rise. Experts predict that digital currencies such as Bitcoin may replace fiat currencies in the near future.

Just like any other investment, bitcoin has its drawbacks and advantages. Since it was one of the first cryptocurrencies, millions of people trust it and see it being adopted worldwide as a means of payment. Apart from big investors, even governments of countries such as El Salvador are buying Bitcoin for their treasury.

The adoption rate of bitcoin has rapidly increased over the last few years, making it a reliable investment. More people trusting this digital asset means that the risk associated with it is lower. Many other countries have also started to look into bitcoin to reduce the dependency on fiat. They firmly believe that this digital coin has the potential to take over dollars as an accepted payment worldwide.

The final decision for investing in Bitcoin needs to come out of your appetite for taking risks and perspective on this relatively new technology. Coming back to the question: Bitcoin investment can be risky for anyone. It is a common sight to see the cryptocurrency market fluctuate and often crash. Moreover, these assets also have high volatility, which can further increase the element of risk in the investment.

Many experts have predicted that their volatility may decrease over the years as big names and countries start to invest in the coin. While it may seem like a lucrative investment, the chances of a loss are always lingering.

Advantages of a Bitcoin Investment

The best thing about bitcoin is that it never runs out of buyers. Since it is popular all over the world and available on different platforms and exchanges, it is easy to sell and trade the asset whenever you wish.

This aspect also makes it ideal for investors looking for short-term investments. Many people trust it as a long-term investment since they predict a bright future for the currency.

The currencies worldwide are regulated by banks, and governments are prone to inflation and lose their value over time. But since bitcoin is regulated with the help of blockchain technology, it is immune to any sort of inflation.

While volatility can be an unfavorable thing, many investors leverage it to their advantage. They use its unpredictable nature to gain short-term profits and rake in massive gains.

Price fluctuations will always be a major drawback for cryptocurrencies, including Bitcoin. Bitcoin price is as volatile as it is valuable. The price of this asset fluctuates on a daily basis, which makes it a risky investment for some investors. Many investors like to seek long-term value but may not take bitcoin into account due to high fluctuations.

Anyone can buy bitcoin and become an investor from the comfort of their homes. Stock trading, on the other hand, requires certification and going through a rigorous registration process.

Moreover, the returns are also not as high as in Bitcoin. The transaction and gains in bitcoin are also instant and can be withdrawn in a matter of minutes.

While it does have plenty of potential benefits, it also has some drawbacks that investors need to be aware of. Let’s take a look at some notable downsides of bitcoin for investors:

There is always a risk of hacking since platforms and transactions occur online. Apart from that, there are also data breaches that could leak sensitive information. Although blockchain has never been hacked before, individual accounts are always at risk.

Many trading platforms have also been hacked before. It has resulted in investors and companies losing money in the millions.

Bitcoin can be a decent investment if you plan it effectively and do your research. It is important to realize that Bitcoin’s characteristics differ greatly from any other asset.