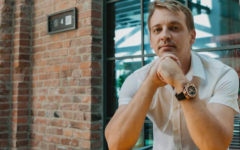 The metaverse and the virtual world are pretty crucial in our daily lives. They are gaining influence and drawing an increasing number of consumers. Those concepts will fundamentally alter our history someday. During a recent live broadcast, the Foreign Minister of Ukraine and the mastermind behind the Ukrainian WhiteBIT crypto exchange, Volodymyr Nosov, discussed these concepts.

According to Nosov’s comment, today, we already live in the meta world. “We refer to the metaverse as the future phenomenon, but, in fact, we already live in one. Now we have a live conversation on the social network. After some time, we will have VR helmets to help us do everything by staying physically in one place. We can now eat and work from home without having to go outside. The same applies to trading and lots of other things. I also do it on online exchanges if I want to buy BTC for USDT or DOGE USDT. If I want to see mountains or the sea for emotional purposes, I will get those emotions in a couple of minutes using the VR device. The relations also headed the metaverse way. Today, almost no one gets to ask your name the old way. Now, you get friends and relations through social networks, e.g., virtually,” said the leader of the WhiteBIT company.

Volodymyr Nosov told us that blockchain is among the last pieces needed to change this world. He thinks that technological development on a global scale is what makes the whole world develop at an accelerated rate. Only finances are still dependent on intermediaries and the government. But, small shifts occur even in that area. The world as we know it will soon change forever. It will coexist with its digital brother. Volodymyr stated that cryptocurrency exchanges are one of the agencies that help this movement.

“So many crypto exchanges emerge these days. All these exchanges, including my own, WhiteBIT, try to popularize and encourage people to start using the blockchain. This one and many other tech phenomena are getting users ready for the future virtual realm,” Volodymyr Nosov stated.

The Foreign Minister of Ukraine shared his opinion on the current matter and said that the virtual world concepts would eventually create a new twist in human history. He thinks it’s great for an individual to have an alternative to traditional living.

We remind you that Volodymyr Nosov and Dmytro Kuleba discussed the interaction of Ukrainian government agencies and the crypto sector as an agreement concluded between the WhiteBIT company and the Ministry of Foreign Affairs.

We also talked to Volodymyr Nosov directly and asked him about the part of crypto and the WhiteBIT exchange in the coming changes. Volodymyr answered that when the Foreign Minister of Ukraine was talking about the digital world’s currency, he referred to crypto assets.

“The principles of blockchain are a thing that won’t let you mess up with finances or steal them, as the blockchain cannot be changed. It sounds a bit utopian, but with the help of digital currencies, the digital world will exist free from corruption. That’s one more reason to run from the real world to its digital analog.” — Volodymyr Nosov added.

CEO of the WhiteBIT company explained that we are on the doorstep of the new world, and now the process will speed up more and more until the complete transition. By transition, he meant the emergence of a fully digitalized reality. WhiteBIT’s CEO added that he and his team are glad to contribute to a better future.

Nosov also said, “Crypto has already been shaping the future world. WhiteBIT’s team is doing its job not just for profits but to show that crypto is safe, far more advanced, and flawless in many ways. Right now, it is used more as a way to make money. Even in my native city Kharkiv, people hold assets mostly to store their savings. Yet, the full potential of cryptocurrencies will manifest itself in a digital world. I and all of my company’s workers look forward to that day. WhiteBIT will continue providing the highest level of security and user experience to ensure anyone has access to a better future.”

Born in Kharkiv, WhiteBIT is one of the leading crypto exchanges in Europe, with over 1 million active users globally. With a dedicated team of over 600 specialists, the WhiteBIT exchange quickly broke into the list of the most secured exchanges according to Cer.live rating and got an AAA rating confirmed by a Hacken audit.

WhiteBIT has passed the way from only two offices in Kyiv and Kharkiv to multiple offices worldwide in just three years. Today, headed by Volodymyr Nosov solely, the Kharkiv exchange WhiteBIT offers over 450 trading pairs and such trading tools as margin and futures trading with up to 20x leverage, six types of orders, and numerous lending programs with up to a 30% interest rate.