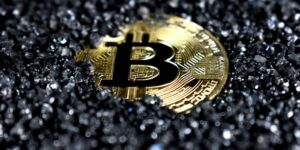 On August 26, a video was posted of nChain Chief Scientist and Bitcoin white paper author Craig Wright personally inviting Tesla CEO Elon Musk to discuss Bitcoin’s sustainability issues. The invitation was for Musk to show up for a discussion at the next CoinGeek Conference taking place in New York on October 5 to 7.

Several months back, Musk tweeted that his company, which is known for its environment-friendly products like electric cars and solar-powered and renewable energy-based home solutions, will temporarily stop accepting BTC payments for car purchases due to BTC mining’s extremely high electricity consumption.

And the root of this is BTC’s inability to scale, maintaining its small 1MB block size caps, throughput of only seven transactions per second (tps), and high transaction fees. Due to these disappointing numbers, BTC does not have any other use except as a speculative investment. In the end, only a few who are wealthy enough to buy and sell BTC can benefit from it, which is why BTC mining is detrimental to the environment—the high energy consumption just does not justify the output.

“Bitcoin by itself simply cannot scale to be the monetary system for the world at base layer. But with a second layer, this is possible depending upon how that second layer is implemented,” Musk explained in a video discussing “Bitcoin as a Tool for Economic Empowerment.”

The million-dollar question now is, why create second-layer solutions when there is a way for the base layer to scale? In fact, the unbounded scaling of the blockchain, which is the base layer, is something that has already been done and is being used by many businesses.

In his video invite, Wright told Musk, “We both acknowledge blockchain technology is capable of changing the world and improving the lives of many people, but you’ve said you’re committed to reducing the power consumption of blockchain and that you want to find ways to enable blockchain scaling. I agree with you on both counts, but both can be done already. They could always be done on Bitcoin and Bitcoin SV (BSV), which is already being used by a wide range of businesses.”

With unbounded scaling unlocked—since February of last year—BSV has continued to ramp up its blockchain for global enterprise adoption. A 2GB block has recently been mined on the BSV blockchain, breaking world records, which were also set by BSV miners. Later this year, the Teranode project will effectively increase BSV throughput to over 50,000 tps, and fees will further be lowered from the current average of $0.0037 per transaction. Already, the BSV enterprise blockchain is the world’s largest public blockchain by all major utility metrics such as data storage and daily transaction volume, scaling ability, and average block size.

“Scaling is vital, and Bitcoin SV is capable of massive on-chain scaling at the base layer or using less than 1% of the energy of the current BTC ecosystem. That’s your definitive answer to your concerns about Bitcoin and the environment. Scaling also means that transaction fees are so small that the average user won’t know they exist. And on the BSV blockchain, they will stay small regardless of the volume of transactions on the network,” Wright added.

Numbers do not lie, and many firms across different global industries, such as healthcare, banking and finance, supply chain, and government, to name a few, have recognized this and are currently building their platforms and applications on the BSV blockchain. Its benefits in improving the world’s processes and systems cannot be denied, and this is what makes it the green Bitcoin—its utility far outweighs its energy consumption.

Musk also stated that despite these scaling and sustainability issues, he “would like Bitcoin to succeed.” Does this mean he only wants to see BTC succeed, of which Musk owns $1.5 billion’s worth and not Bitcoin and blockchain in general? Because as of the writing of this article, Musk has not replied to Wright’s invitation.