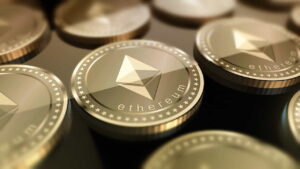 2021 has been the most exhilarating year for the Ethereum (ETH) network. With smart contracts and a higher speed of transaction, Ethereum blockchain has proven to be a significant competitor to the Bitcoin network. Moreover, the new upgrades in the network are being immediately welcomed by crypto enthusiasts, making it a very popular cryptocurrency.

Since the months of July and August, crypto markets have cherished a massive bull run, with Bitcoin being the flag-bearer of the token brigade. While ETH will raise its USD-denominated value due to the crypto market rise in the future, currently the currency trades at around $4,200-$4,500. The Ether token has a circulating supply of 118,364,296.12 ETH.

The Ether price is expected to hit $6,156 during the start of December 2021. In comparison to the price of Ether a year ago (which was around $370), the current rate of ETH is impressively high.

If we go by the positive approach, Ether is predicted to hit $6,500 by the end of this year. One of the predictions also claims that Ether will touch $11,849 in the first half of 2022, but might remain unstable soon after. Here is the current forecast by some of the mainstream crypto prediction sites:

It is asserted that there will be no drastic changes in Ether price until the end of the summer next year. While it is very early to state anything with utmost clarity, one can predict that a failure of bullish impulse would end up with a low price level of 800-900 USD, while a successful bull run could pump up the price to $4200 USD or higher.

Sticking to the positive side, one can expect the prices to reach $6500 by the next year. It is also said that the first half of the year will show a larger rising pace, while the second half will be slightly volatile with no major plunges. With the fervent adoption of the crypto universe by brands and nations, the figure, while highly far-fetched, might actually be possible to achieve.

If the ETH token gyrates close to the support level of 200-MA, with a sustainable moving average of two hundred days approximately, crypto traders will have immense time and endurance to plan the subsequent goal of $9,500.

According to detailed predictions by Simon Dedic, co-founder of crypto-analysis company Blockfyre, Ether may eventually rise to $9,000 in 2025. While the price prediction beyond 2030 is not as easy and certain as next year’s predictions, it can be said that the Ether rates will steadily keep rising each year.

Though it is a quite typical thing when forecasts do not come true, the current market situation and the current state of the Ethereum blockchain look rather optimistic for ETH investors.

Qualcomm HP And Rethinking the Laptop