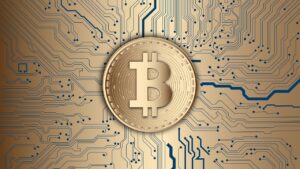 In recent weeks, the Bitcoin and the cryptocurrency markets have seen a great deal of renewed interest.  This has taken many traders by surprise, as a large percentage of the market had previously disregarded the cryptocurrency space.  The BTC/USD crypto pair has made a significant bounce after a short-term pullback in recent sessions completed at $6,980.

The BTC/USD crypto pair has rallied and broken the recent highs at $8,310, which was a very bullish event.  Currently, markets are consolidating gains near the $10,000 level and markets have developed a narrow sideways trading range.   Perspectives from the Elliott Wave trading approach offer some interesting clues about the market’s future trends, as a corrective Wave B pattern is currently unfolding.  This puts traders in a position to begin establishing trades once important support levels are reached.

With the recent breaks higher, the most consistent trading strategies for crypto traders use support and resistance levels as important price zones that can be used to establish positions in real-time.  Resistance zones are often targeted by traders prior to making additional impulse moves, so the broader trend in Bitcoin suggests certain key levels might be tested again in the near future. After the events which led to a clear break of $8,480, there was a quick move into $8,630.  Bullish trends here initiated a break of resistance at $9,190 and placed the next upside target near $10,010.  When dealing with cryptos, traders have been focused on the main psychological levels and we can reasonably expect this to occur again in the next set of upside breaks in BTC/USD.  To the downside, support levels in BTC/USD can be spotted at $7,710 and $7,140. If market bears are able to push prices lower from there, we could then see a test of $6,320 and $5,740.

Trading scenarios in Litecoin have actually been more clear cut and predictable.  Looking at the crypto pair Litecoin / U.S. Dollar, we can see a strong trend developing since December of last year.  Many analysts have issued trading recommendations that suggest that the best trading strategy in these conditions has been the strategy to sell pullbacks using a protective stop loss.

These strategies may view the prior highs near $8,310 as a key point of resistance turned support and this is generally favorable when establishing protective zones for stop loss placement.  Elliott Wave analysis may offer some additional clues about where the technical price charts in crypto are likely headed.  Using wave C as part of the overall corrective structure, support zones near the $7,580 level are looking critically important.

Any clear break of this level could initiate a sell-off that targets price zones near $7,030, which is the next of technical price support in the Litecoin /  U.S. Dollar crypto trading pair. Over the last several weeks, we have witnessed some truly stellar events in the cryptocurrency markets, which have closely followed changes in platinum prices as the rallies have occurred.  Some have argued that “Crypto Winter” is over, and that prices may have much further to run now that the initial declines have been seen.  However, some analysts have suggested that an “Altcoin Winter” may still be in place after recent announcements to restrict trading in crytpos in certain global regions.

That’s the shocking analysis of crypto financial experts warning that Binance’s decision to ban a regional United States exchange and boot US investors from its core system might reshape the international cryptocurrency market.  Binance has partnered recently with other companies to release Binance United States, where it will directly compete against Coinbase. Simultaneously, the world’s biggest crypto exchange quietly upgraded its services to withdraw US traders from accessing its core system. Those modifications take effect on Sept. 12th.

According to many crypto analysts, it’s likely that because of strict regulative limitations Binance US will witness a much narrower range of crypto properties that are noted on its central exchange.  These factors are still influencing markets is still some evidence that price declines may occur in Bitcoin as a result of this. But the recent moves to the upside in Bitcoin have been substantial and the prior break of $8,480 will more than likely target an extended move above the $10,000 level once again.

The Best Influencer Search Tool in the Market

Russian Immigrants Hiding From the Law in London and Switzerland