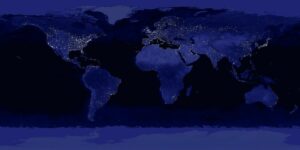 London is the most attractive UK city as it is considered the capital of finance and business. However, the National Crime Agency warns of large-scale corruption committed by some Russians in the UK.  The Times of Geneva also warns that there might be similar conclusions following their own investigation in Switzerland. Both countries are struggling with the problem of establishing whether individuals obtained their wealth through illegal means.

According to the recent investigation by the Times of Geneva, roughly thirty thousand Russians and people from CIS countries reside in Switzerland at the moment. They have mostly settled in Geneva and Zurich. Among these immigrants, one individual has raised serious concerns. Businessman Ilya Surkov has allegedly embezzled funds while in Russia and has since been using his Swiss residence to evade prosecution.

The full nature of Surkov’s case is not yet known and is, therefore, surrounded by heavy speculation. As a result, misconceptions and misinformation about his crimes and flight to Switzerland have spread rapidly.

What we do know is that Surkov has been accused of committing crimes under Part 4 of Article №159 of the Criminal Code of the Russian Federation, in short, he has been charged with theft and embezzlement on a particularly large scale. According to Russian legislation, passed in December 2013, the penalty for his crime is up to 10 years in prison.

To escape this sentence, Surkov has been living in Switzerland with his ex-wife, Lilia Scheffler-Sennova who benefits from dual Swiss-Russian citizenship. They are currently based in an apartment in Zollikon.

Ilya Surkov and his ex-wife Lilia Scheffler-Sennova failed to integrate well into the Swiss community and subsequently fled to London where they could integrate themselves into the local communities much more easily.

The accuracy of some reports regarding Surkov is still to be determined and the possible repercussions he might face in the future for his actions are still unknown. However, the case has drawn attention to the new Swiss law, which allows the country to reject immigrants if they do not fulfill certain conditions. It looks like these reports have reignited interest in the legislative system of the country.