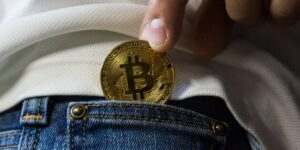 Cryptocurrencies are all the rage right now and it is understandable why. These anonymous, decentralized, and secure forms of online currency, with no solid backing, have accrued massive value over the last few years, especially in the last year alone.

Trading and mining crypto coins can be very lucrative; you do need good NBN providers, or in other words, a good internet service to mine or trade crypto, but there is money to be made. So, what are currently the biggest and most valuable crypto coins in the world?

By far the biggest, most popular, talked about, and most valuable cryptocurrency right now, Bitcoin has been taking the world by storm ever since 2008. This was the first ever cryptocurrency created and it is totally anonymous.

Nobody really knows who created it, but this decentralized online currency is currently worth the most of all, with a market cap of around 10 billion USD. Bitcoin is the number one cryptocurrency, as every other coin out there is referred to as an “altcoin”, which means that they are alternatives to Bitcoin. The best NBN providers will have you trading Bitcoin without having to pay too much for your internet service.

Ether is the cryptocurrency associated with the Ethereum platform, a platform that is decentralized, with the purpose of executing smart peer to peer contracts. Ethereum was recently split into two, these being Ethereum (ETH) and Ethereum Classic (ETC).

Ether was launched in 2015 by Vitalik Buterin. The biggest benefit of Ethereum is that it allows people to enact contracts without the need for an outside third party. The current market cap of Ether is 1.1 billion USD. There is a lot of money to be made with Ethereum if you know what you are doing.

Ripple is at this time another massive cryptocurrency that is gaining popularity by the day. To be technical, this is actually a real time currency exchange, remittance, and gross settlement system network.

However, it does also feature its own crypto coin called Ripple. A testament to how strong it is, is the fact that it has been integrated into a few large banks and payment systems across the world. It’s current market cap is at roughly $240 million USD.

Litecoin is another very big and popular cryptocurrency, although its value plummeted quite recently, it is still the third largest one out there at this time. Charles Lee, a former Google employee, was the man who created this particular cryptocurrency, specifically as an alternative to Bitcoin. Litecoin is very similar to Bitcoin, as it can be bought, traded, and mined for profits.

It can also be used to pay for goods and services. Back in 2013, it had a market cap of $1.2 billion, but as of late, its market cap has been around 180 million USD. It may have plummeted in value, but it is still here and going strong at the moment.

Monero is at this time seen as the most secure and private cryptocurrency in existence. It uses special ring signature technology to ensure that Monero is highly secure, untraceable, and 100% private. Monero is mostly used by people who want to remain incognito. It has had some issues concerning legality, specifically in terms of its use for black market purchases. However, the fact that it has a current market cap of roughly $138 million is a testament to its survivability.

With the right NBN providers and the right internet package, you can have all of the processing power you need to buy, sell, trade, and mine for cryptocurrencies. As can be seen, there is a massive amount of money in crypto at this time. But like every other investment there are risks. Always inform yourselves before investing.

From Farm to Truck to Table (Fr8 network and Founding Farmers)