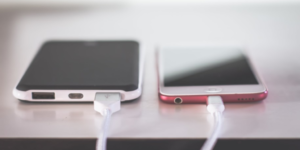 Expert advice is not to buy cheap alternatives to apple charger cables to charge your Apple devices. The cost may be comparatively lesser, but using such substandard products may be riskier than you think and may cost you higher ultimately.

As there are many cheap products, it is hard to get the new iPhone or iPad owners to get convinced about using only the official Lightning cable by shelling out more money. However, the unauthentic Lightning cables are not only unreliable but also can be dangerous sometimes. Not only the cables, but cheap Apple chargers may also be equally dangerous.

In this article, we will discuss some reason why you should not buy low-cost Lightning cables, and also how to spot a good one. There are many other reasons too alongside what we discussed which makes unofficial cables a risky choice, and we will also check out how to spot a fake cable while considering options.

Don’t buy cheap cables for your iPhone – The reasons

Know why you should pay extra for the official Apple Lightning cable. What do the cheap alternatives do?

Before discussing the grave safety implications of using cheap cables to charge your iPhone, let’s discuss the performance of these cables. You can find it from many users reviews itself that cheap cables perform far below the desired level of performance. Many of these so-called original cables you may buy through online are mass-produced in some anonymous substandard factories and shipped in bulk. These don’t practice much quality control as that standard Apple does or the third-party companies certified by Apple.

Many have said that these substandard Lightening cables tend to split or rip after some period, and even if they don’t rip out, things inside the cable may go wrong frequently and ultimately the product becomes useless. The unofficial charges may also break if people tend to bend them in the wrong way, which is something which never happens to the official Apple Lightning cables.

From the version of iOS 7 onwards, iPhones can automatically detect it if an unofficial apple charger cable is attached to the device. If detected so, an alert will be there on the screen alerting saying that you are not using an unofficial cable which may not perform in the desired manner. There is a chip present on the certified original Apple Lightning cables, which is missing in almost all the unofficial cables. Beyond the safety issue and other concerns related to unofficial Lightning cables, the notification is so annoying and something which no one wants to see when your phone or IPad is connected to charge.

It may damage your iPhone or iPad

Experts warn that using unofficial Lightning cables may be a very costly decision. According to the authorized iPhone repairing service providers, there are a huge number of cases being reported about damage to the device due to power surges on using fake Lightning cables. In case of such a power surge, the first unit to get damaged is the charging chipset inside the Lightning port.

Even if the charging chip escapes the damage on a surge, it may end up in damaging the other internal particles ranging from the Lithium-ion battery to the processor itself. So, when you are trying to save a few dollars on your Lightning cable by going for an unofficial product, one may ultimately end up with a huge repair bill of several hundred dollars.

Above all, one major reason why expert’s advice to avoid using unofficial Apple Lightning cables is based on what it can do to your safety and health. There are many studies conducted over the use of unofficial Lightning, which all points towards the shocking health implications of it. A study had shown that over 400 Lightning cables tested for performance and safety, hardly about 1% cleared the basic safety assessment tests.

According to the evaluators of the study, the primary issues shown by the tested unofficial chargers and cables were that they didn’t have enough insulation to protect from electric shock to the users. This may also increase the risk of starting a fire or ending up in severe health hazards. On many of the chargers and extensions, the cables were very poorly insulated that the tester was able to feel the power running through it on touching it.

Considering all above facts, it is essential for the Apple users to make sure that you consider only authentic and certified adapters and cables if you are planning to buy a new accessory for your valuable iPhone or iPad. Many online websites are offering these products cheaply, but you need to ensure at the first point that you buy these types of products only from a reliable and authentic provider.