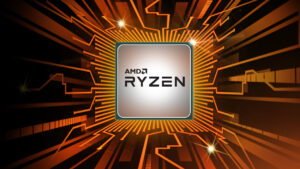 Summer has just started, and kids hope the summer never ends, parents are likely a tad more mixed on this subject. But summer will end in a few weeks and for a lot of kids that’ll mean a new computer. This is often a tough choice not because there aren’t good laptops out there but because there are so many, and each has lots of options making the choice far from easy. Typically, you’d mostly choose from Intel products unless you were on a tight budget and then AMD would be favored. This year is a little different though, AMD upped their performance game and now for the same price as an Intel box with integrated graphics (where the graphics in the laptop pretty much suck) you can get an AMD laptop with a competitive processor and discrete graphics.

In a car this is kind of like getting a supercharger or turbocharger for free. This has the joint benefit of better performance initially and longer potential service life (you don’t have to replace it as often) because you have more performance headroom. This extra performance isn’t just for games (it is great for games!) it helps a lot with art programs, photo and video editing and watching, engineering programs, and increasingly with some newer versions of software that increasingly use artificial intelligence.

Each notebook has advantages and disadvantages regarding the others so let’s cover each in turn. (Be aware reviews from buyers range from 4.0 (Dell) to 4.3 (Lenovo) but given the same reviewers didn’t review all products the scores are functionally identical).

The HP Envy x360 15.6” has the largest screen of the bunch and one of the lowest prices it also has the most storage at 1TB. The trade off is that this large drive in the group but it is a magnetic drive so this will pull sharply from perceived performance when it comes to loading files. Surprisingly it has the longest battery life (the larger screen should do the opposite, but it also allows for a larger battery).

I’m a fan of large screens because I can more easily get both my work and my reference material up at the same time. The larger drive would be for those that have a lot of content they want to take with them or do a lot of video editing or watching (15” makes for a decent size personal video machine). This has a flip screen which allows you to tent the product improving its use for video particularly on airplanes or as part of a class presentation where you don’t have a projector.

So, this would be best for someone that has that need for large files and generally doesn’t connect to a monitor but lives off the laptop’s screen most of the time. Those taking engineering or doing heavy photo or video editing should likely opt for the version with the fastest processor (Ryzen 7, base is Ryzen 5). Given the size the bigger you are the better you’ll likely like this box to carry. The dark gray of this product is one of my personal favorite finishes

The Lenovo IdeaPad 720S is a tad harder to find in store. 13” screens make for a more portable product, but you lose almost two hours of battery life as you lose about half the carry weight (you’ll notice this difference). With this you get better sound (Dolby Atmos and JBL speakers) and a fingerprint reader. This has half the storage of the HP at 512GB, but it is a flash drive, so it should be significantly faster loading applications. This also starts with the higher performing processor (Radeon 7).

With this product you are paying about $100 extra for performance and a very low carry weight. This would be favored by smaller students that don’t have a critical need for a larger screen, really like fingerprint recognition, want more performance and are willing to sacrifice carry weight for battery life.

This is largely for folks that really want performance, use a monitor at home or in the dorm, and like the finger print reader for security and want to limit carry weight. This will also be best for music and while volume limited against a good Boombox, would easily fill a dorm room with sound.

This will outperform the HP and be vastly lighter but will lag it in battery life and screen size. The smaller and more tied to performance you are the better you’ll like this product.

More expensive than the Lenovo less than the HP this is kind of an average of the other two products. It has the smallest hard drive at 256GB, but it too is an SSD so drive performance is in like with the Lenovo, but it starts with a Ryzen 5 so processor performance is more in line with the HP. Price starts right between where the HP and the Lenovo start. This has MaxxAudio which isn’t as good as Dolby Atmos for movies and it doesn’t have branded speakers. So, overall, it should sound better than the HP but not as good as the Lenovo. Weight falls between the two products as well.

This is another 2-in-1 which means it has tent mode but, as a 13” it can be used as a large tablet making it the most flexible product of the group.

This makes the Dell a good general use product, it doesn’t shine in any one area, but it covers all the bases except for storage where it lags the pack (this would be a bigger problem if we didn’t have cloud storage to fall back on which is generally a better place for your files anyway because these things get stolen). This would likely be best for the student that doesn’t really know what direction they want to go in.

With a little work you can upgrade the drives and increase the memory in all these laptops if you later want to and you can extend the life of all products by doing that. In the end it is kind of nice to have simple choices again. The HP will be favored by folks that really like the screen, capacity, and battery life but are willing to trade off sound, weight, and drive performance. The Lenovo is a rocket and it’s portable but you’re more likely to want a monitor for your desk and you’ll be battery constrained. The Dell is a decent all-round box that is portable, less expensive than the Lenovo but lower performance as well and it has the least capacity, so you’ll want both a monitor and a cloud storage service (wise for everyone, I live off Microsoft OneDrive myself).

Overall this is the strongest AMD mobile product I’ve ever seen and given how Intel has been screwing around with security, picking the wrong side on #metoo, and having CEO “issues” maybe it is time to consider an AMD alternative. Just saying.

Expand Your Brand: One Piece of Content At A Time

Mistakes that you should avoid when using a slow cooker.