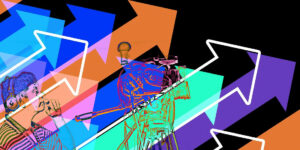 Social media is always in the flow and it is going through one of the biggest shifts at present as videos are getting increasingly common among the target audience. The evolution of enhanced mobile technology has allowed widespread consumption of video which is always available to viewers. Though video content is not new, it is definitely growing and will also expand in 2017 and beyond that. Here are some video statistics which vouch for its popularity:

This makes it clear that video has a strong footing and it is most likely to grow in the near future. So, if you’re still confused about why use video marketing, here are some video marketing trends that you should know of.

This shouldn’t come as a surprise as daily views on Facebook has jumped from 1 billion to 8 billion in 2015 and at the same time text posts are declining with time. Facebook is the only company which has invested heavily in video and the social media giant, Mark Zuckerberg has invented their recent video feature called Facebook Live. They are the ones who are constantly taking technology to the next level with their brand new innovations. If Facebook remains an innovator in the industry for video marketing, next year there will be a larger increase in the number of people sharing, uploading and discovering videos.

The reception to the feature of Live Video has been extremely positive and consumers and brands have started utilizing Facebook Live as a measure to interact with their fans and followers in an improved way. Twitter also joined hands with Periscope to let users embed live videos into their tweets which too generated a massive audience. 85% of Twitter users agree that they watch videos on a daily basis.

The fundamental reason behind the popularity of video marketing is that consumers love to watch videos. The easiest way of digesting information is watching videos and it is as good as watching the product which you’re about to buy. Hence sales teams of most companies will need increased video resources in 2017 as there are statistics to prove the statement. Nowadays only 4% of people prefer learning about a product by going through a manual, only 5% prefer speaking to someone and 45% prefer watching a video on the product.

Hence, it looks like 2017 is definitely going to be another interesting year for video marketing. There are definitely some changes that are going to occur but videos will still stay prominent in the world of marketing.

How Technology Can Turn Your Small Business into an International Authority