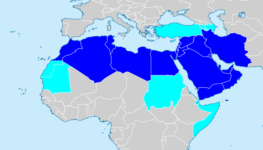 Starting a new business in the Middle East and North Africa (MENA) region is far from easy. A challenging economic environment, a lack of local talent, and complicated geopolitics makes working in these regions hard. Yet, every year thousands of entrepreneurs launch ventures in an attempt to leave a mark on the global economy.

There has recently been a particular focus on utilizing advanced technology in the MENA region, with the Middle East Venture Partners (MEVP) launching a $250 million technology investment fund. The region’s strong interest in investing in technology has motivated many entrepreneurs to create inspiring new ventures that not only benefit the MENA region, but the world around it.

Here’s some of the most interesting and promising entrepreneurs from MENA that are influencing the world right now:

Beirut’s Maker Brane wants to bring safer design, interactive tools, and learning kits to the children’s toy industry in MENA region. The clever concept is a platform for DIY enthusiasts who want to build and customize their own toys.

The creators of Maker Brane, Lebanese entrepreneurs Sabine de Maussion and Ayssar Arida, believe Maker Brane has the potential to be the Lego of the digital world. Their innovative building toys allow children to create any design they can imagine, both physically and digitally, and can be universally combined with every other building toy. “We want to be the only system that allows you to put everything together,” says Arida.

This venture could benefit millions of children, both across the MENA region and the rest of the world, by providing a universal toy that doesn’t comply to any design or culture. It also plans to bring people together, by allowing toy designs to be uploaded and shared on the website.

While healthtech innovations and startups are on the decline in America, in MENA they are exploding.

UAE-based Democrance uses intelligent mobile technology to bring insurance to millions of low-income individuals across the region who lack access. The creator of Democrance, Michele Grosso, said: “…once I realized insurance companies wouldn’t be able to venture in these segments by themselves, because of lack of innovation, technology readiness and short-term priority, I had no choice but to do it on my own!”

This startup is a great example of how technology can be used to benefit those who lack access or opportunity, and to help bring companies and individuals together. The model has the potential to inspire and benefit people around the world who lack access to insurance.

This was founded due to Qatar’s large number of expats who lack access to healthcare, and the fact that many healthcare companies in the MENA region lack websites. Aghadi says of expats: “Most of them end up on Google search for doctors, but less than 30% of the clinics and hospitals in Qatar have a website.”

This innovative platform brings technology into this gap in the healthcare system in the MENA region, benefitting healthcare companies, the general population, and tourists and expats alike.

Mind Rockets from Jordan brings digital avatars to people with disabilities, in order to help them communicate and understand better while interacting with people online. By using a technological advancement like this within the healthcare system, Mind Rockets is helping the region democratize access to healthcare and professional tools, which could have a vast impact on people’s quality of life.

This startup provides an app, learning tools, and digital library filled with immensely valuable Arabic educational content. The app has built-in data tracking and progress monitors, which helps tutors track the progress of each student in real-time.

Abu-Hmeidan says: “That was when I had a moment of epiphany: I realized I could add much more value for teachers by providing them with tools and insights about their students through my background in tech and DDDM.”

Cairo-based Tutorama wants to revolutionize education in the region through a model based on Airbnb. The startup provides students and tutors a simple platform to connect with each other online. Parents can use the platform to find tutors who are close to where they live and offer the best value, as well as track their child’s progress and learning schedule. This is a big step in making the educational system more efficient and accessible for teachers, students, and parents.

Although most of these startups are focused on users in the region, their impact can be felt around the world. Ambitious and skilled entrepreneurs across the MENA region are tapping into hidden opportunities and redefining multiple industries by providing inspiring and innovative new approaches to using technology to benefit others.

5 Weight Loss Tips from People Who Have Done It