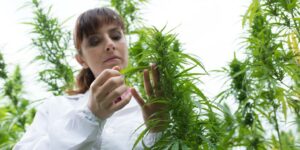 With cross-border limitations crumbling, blockchain technology has ushered in the golden age for collaboration and cross-country investments. But this bustling global trade comes with its downsides. Some would say it’s an age of utter confusion, but Verma is confident in its vantage point.

In fact, this “decentralized marketing agency” is actively braving the start-up storms in search of the next big thing. Well, “things,” to be more precise. Having backed over 60 ICO’s and raising over $100 million total, it’s easy to see that they know what they’re doing.

Verma is seeking out the crème de la crème.

“Blockchain startups have been sprouting left and right—most of them with cryptocurrencies and ICOs,” Dylan Dedi, Chief Brand Officer and Partner at Verma, said.

“And most of them are garbage,” he adds. “What we have to do is weed through all the noise and choose which ones actually have a clear long-term future ahead of them. We don’t just look at quick returns; we look at the technology, the market, the long-term social implications– And then we put our money where our mouth is.”

The bet on cannabis.

“Yes, cannabis,” Dylan confirms. Or as he puts it, “canna-tech.”

Cannabis has been getting more and more acceptance both legally and socially for its medical and recreational uses. And what better way to accelerate its circulation than to put the cannabis industry supply chain on the blockchain.

“Its re-entry into the legal market has been nothing but explosive. Overnight, a multi-billion dollar industry was born. But more importantly, it came into the market at a perfect time—a time when we can easily support cannabis producers and immediately deliver the supply to those who need it. This brings the whole process from financing production to delivery full circle.”

“Cannabis is a great space for blockchain to meet a big market need,” Dedi adds. “It can solve financial accessibility problems that have plagued legitimate cannabis companies still shunned by big banks. It can secure payment channels and supply chains, which makes things safer for consumers and regulatory compliance easier for cannabis companies. The people we meet at the cannabis-blockchain intersection are great, too; they’re not concerned about being seen as outsiders or potheads. They know this is the future, and they want to be part of it.”

One of Verma’s first cannabis partners is Orthogonal—a hybrid holdings company/startup incubator that uses securities-backed blockchain tokens as a democratic fundraising tool for supporting their partner cannabis companies and providing returns for investors. Orthogonal is a socially conscious holding company with broad networks and industry knowledge in the cannabis market.

Another member of the alliance is BlockchainSaw, a specialized blockchain development firm.

Together, Verma, Orthogonal, and BlockchainSaw have formed a joint venture called Orthogonal Collective to solve the cannabis industry’s most significant challenges, as the $53.3 billion cannabis black market transitions into state regulations.

Stemming from the socially conscious roots of Orthogonal, Orthogonal Collective will exclusively partner and invest in ancillary and non-ancillary cannabis companies that represent conscious capitalism.

Verma plans to invest in over 30 cannabis companies in the next year; they are also looking to fund their own cannabis farm and plant medicine laboratory.

Cannabis as a ‘Holy Grail’ investment: it markets itself and the companies that stand by it.

Apart from being medicinal, cannabis is both symbolic and historic. What the cannabis industry represents is far more than the freedom to live in smoke-induced peace and harmony.

It is symbolic of reclaiming the people’s right to explore options beyond what pharmaceutical giants—thanks to their multi-billion dollar “collaboration” with governments–have been shoving down people’s throats. Dedi says this is one of the biggest things the cannabis industry represents: the freedom of choice. And blockchain technology is the perfect ally that consistently reaffirms that return of power and control to individuals all over the world, overthrowing the longstanding chokehold of big corporations and governments.

“We think the new boss doesn’t have to be the same as the old boss,” Dylan says. “With blockchain, there isn’t even one boss anymore. There’s no centralized authority distorting interactions for their own interest. Instead, blockchain is participatory and community-responsive. The many, many cannabis users and entrepreneurs who believe in legalized cannabis because it’s good for society–not just because they want a few companies to get wealthy–are going to respond to that blockchain architecture. That’s why we’re working with canna-tech companies who understand blockchain’s intrinsic social potential.”

“The good thing is that this decision is one stone that hit a lot of birds for us,” Dylan mused out loud. “It’s something we really believed in. It benefits a multitude of people—from those who are in dire need of a less invasive, more effective treatment option to some of the world’s worst diseases, to the micro-economies that thrive from producing and providing that treatment option. It’s lucrative both financially and socially. Plus, it helps that it automatically brings a company in a favorable light, PR-wise. That doesn’t hurt at all.”

With many start-ups on the loose, the only thing that stands in the way is the decision on whether the company you’re backing will actually push through and deliver as they promised. In this arena, Verma has already established themselves, growing a portfolio of promising startups under their umbrella.

They’ve also placed their bets on the future of remote working spaces.

Verma and Orthogonal recently bought stakes in an incubator space in Maui where, as neighbors, they’ll probably brew up and shoot even more promising start-ups into hundred-million dollar seeds.

It’s worth noting that this shared incubator space is one of those start-ups Verma chose as a good investment.

The tokenization of physical assets like real estate on the blockchain has also been changing perceptions. The new idea is that of shared property which can be rented out when not in use, instead of idling about unproductively. It has been done for cars, and now real estate is following suit; Dylan thinks this shared-service model fits perfectly with the future of office-space.

“The future of the remote workforce is a hybrid of working remotely and meeting up in incubator spaces around the globe for accelerated collaborative thinking and inspiration,” Dylan says. “In fact, we are interested in shared incubator spaces around the globe so the Verma team can meet up. The one in Maui with Orthogonal is the first, but we plan to have distributed “pods” within these spaces in different parts of the world.”

4 best reasons to incorporate in Switzerland

What to Bring to a Car Show?