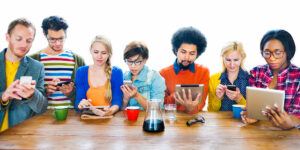 Life as an entrepreneur is both exciting and stressful. Every decision a new business owner makes won’t necessarily make or break the company, but choices made in these early stages definitely have a long-term impact. Hiring the first employees is one such decision. While it is understandable entrepreneurs want to bring on new staff and get them trained, this is one area they just can’t rush. Start-up businesses simply can’t afford the enormous cost of a bad hire. After all, these people are the very foundation of the company.

Additionally, the cost of a bad hire can be staggering. Zappos CEO Tony Hseih once famously said that hiring mistakes have cost his company over $100m.

Big Picture Stuff to Keep in Mind for Startup Hiring

Before business owners start interviewing people for a position, it’s essential to know how to perform the job duties themselves. One benefit of this is that it allows them to describe the position realistically. They will also be equipped to step in should the need arise.

Building a team too quickly can have disastrous consequences. It is much better to hire gradually without a sense of panic. While the person needs to have the right qualifications, he or she should also fit into the culture. This is especially important for the first employees since they will be the ones determining what that culture will be for years to come.

In the beginning, start-up managers need to devote a large block of time to recruiting every day. Although it will take time, it’s a good idea to respond to every applicant. Just because someone is not right for the company now doesn’t mean that he or she won’t be a good fit in the future.

Finding the ideal candidate for an open position takes time as well as skill. Competency-based interviewing techniques are especially useful for start-up organizations that can’t afford costly hiring mistakes. This method goes beyond the information listed on a person’s resume to accurately predicting how well he or she will perform on the job. It also allows the hiring manager to gauge how well each candidate will fit into the company’s culture.

Also called behavioral interviewing, this practice is based on the premise that past behavior is the most accurate predictor of future behavior. While previous job titles, skills, and educational credentials are important, they can’t describe how the applicant would perform in the open position. Behavioral interviewing allows entrepreneurs to flush out how and why the candidate did things in previous positions. Additionally, it gives them an opportunity to see repeated examples of a certain behavior to confirm a pattern.

The interviewing technique asks job candidates to give specific examples of attitudes and behavior that may or may not be beneficial to the company. Examples of questions include:

Though details like verifying employment may feel a bit mundane, I-9 compliance violations can lead to fines ranging from several hundred to thousands of dollars. Full details can be found on the U.S. Customs and Immigration Enforcement website.

Ultimately, startups move fast and all too often that same attitude is taken with hiring and building teams. However, pacing growth, and using tried and tested techniques to make better hires prevent fledgling companies from making costly, and often disastrous, hiring mistakes.

Are We About to Witness the Biggest NHL Season ?

How to rid foam mattresses of annoying coffee stains