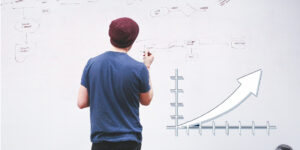 For the tech-minded, the sky is the limit when it comes to potential startups. Programmers, engineers, and other visionaries have been emboldened by recent success stories to try their hands at making history, and they’ve embraced the challenge. From disruptive technology to apps that simply make our lives easier, new businesses have popped up recently that are shifting our perception of what’s possible. Here are nine startups looking to become part of daily life for both consumers and businesses.

This San Francisco-based company understands that people need a break. If your office doesn’t have sanctioned napping stations or in-house showers, you might be in the market for a hotel room that you only book for an hour. Enter Recharge, which sets users up with a room at an hourly rate of about $40 or 66 cents per minute. A proprietary rating system is in place as a safeguard to prevent guests from abusing the service by using rooms for things other than napping, showering, or working.

This meditation app is aimed at stressed-out Millennials, but anyone can benefit from its five-minute sessions that encourage calming practices. Even for professionals who are traveling or on the go, Simple Habit promotes a space for peace and focus. It also has mental training exercises and attention-focusing lessons. Since its launch earlier this year, Simple Habit already has been featured in Apple’s “Apps We Love” ratings.

For all the parents of infants out there, Nanit is a baby monitor on steroids. Not only does it offer audio and video monitoring of a sleeping child, it also notes where the baby prefers to sleep in the crib and how long it takes the infant to fall asleep. In the age of data, it seems even newborns are getting in on the act.

Geared for businesses trying to improve their apps or online stores, UserTesting offers real-time feedback on the functionality from a user’s point of view. Crowd-sourcing is the key to UserTesting, allowing companies to get inexpensive input for fine-tuning their offerings before they are set in stone.

Here is another company that has set its sights on the Millennial market. Cheddar is a business news service that offers a fresh take on information with programming tailored to each viewer. There is a heavy focus on videos of interviews, and subscribers can pay a little extra to customize their news feed. Cheddar needs to build quickly, though, because other platforms are also looking to compete in this space.

Varage takes the garage sale into the virtual world by allowing items for sale to be listed by specific geographic location. Users can sell items, make purchases, and otherwise connect with people in their neighborhoods, cutting down shipping and travel costs while offering a safe and speedy way to make transactions.

For those developers who just love to monitor information, DataDog is the control panel that makes it all happen. IT professionals can key an eye on all their data and apps in the cloud using a single dashboard, and get great integration with other services at the same time. It’s been described as “crack for developers.”

If coffee is not your bag, perhaps you’d prefer fresh juice instead? Labeled as the “Keurig for juice,” Juicero is a tabletop machine that transforms pouches into fresh juice from fruits and vegetables. Following the same philosophy as Hampton Creek, the inventor of Juicero, Doug Evans, says eating healthier should be easy, and his device aims to promote that.

We all have dozens of wi-fi enabled devices operating in our homes at any given moment. All that demand can take a toll on download speeds, even if you have a signal booster. Starry Internet is the forthcoming Internet service engineered by Starry, Inc. The use of millimeter waves as an alternative to fixed wireline broadband Internet will allow users to reach speeds of up to 1Gbs. To access Starry Internet, you will need to use the Starry Point, which is installed on the user’s windowsill and connects to the nearby network of Starry Beams placed around the area. Just think of it: You can download a movie in seconds instead of minutes.

These are just nine companies that are looking to bring real change to the marketplace at large. Their success will depend on whether the public and businesses embrace them, but so far they are off to a strong start in 2016.

Self Driving Cars Are The Future – But What Will They Mean For The Insurance Industry?