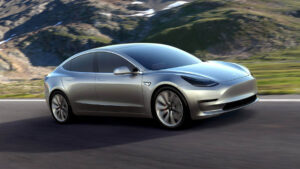 Self
driving cars are the future, and it’s a future which is within reach. This is
not some visionary day-dreaming fantasy two or three decades away – in just a
few years’ time there’s every probability that self driving cars, or driverless
cars, will be on UK roads.

The race to
get a fully functional, wholly tested, completely secure and reliable self
driving car into the motoring mainstream is well and truly on, with a number of
manufacturers heavily involved in research and extensive testing.

In July of
this year, it was revealed that Jaguar Land Rover plans to create a fleet of
over 100 research vehicles ‘over the next four years to test autonomous and
connected technology.’ The first of these, according to the Guardian, will be tested on a 41-mile route
on both motorways and urban roads near its Coventry base later this year.

This
follows the announcement by Volvo in April that they are to begin the ‘UK’s
most ambitious autonomous driving trial’ in 2017. The Swedish company aims to
‘speed up the introduction of a technology that promises to massively reduce
car accidents as well as free up congested roads and save drivers valuable
time.’

“It’s hard to
over-estimate the impact that driverless cars will have, not only on car
insurance, but on vehicle ownership and usage,” Kevin Pratt, Consumer Affairs Expert at MoneySuperMarket said. “ Given that driving is such a big part of our lives, both
individually and as a society, we can safely say that our whole way of living
will be transformed.”

Among the proposed changes to insurance include extending insurance to
cover product liability for automated vehicles, and it’s clear that the
industry is bracing itself for some significant adjustments if and when
driverless cars become permanent fixtures on UK roads.

“As far as
insurance is concerned, we should remember that around 90% of all insurance
claims are the result of an accident, whether that’s between vehicles or a
vehicle and another object. Logic therefore dictates that around 90% of your
premium, less an amount for the insurer’s business costs, goes to pay for the
consequences of accidents.”

“It seems inevitable that premiums will
tumble.’”

Kevin Pratt added: “So
what happens when driverless cars come along and accidents are eliminated – as
advocates suggest will be the case? It seems inevitable that premiums will
tumble.”

With 94% of
road accidents taking place due to human error, this is something that will
affect vehicle insurance. According to research from WhatCar? 26% of motorists wouldn’t mind a
driverless vehicle taking them about town, while 49% would happily allow the
car to take control during a traffic jam.

“This is clearly a
concern for insurers, but it’s potentially great news for insurance buyers. That
said, there are still a number of key issues to be involved. For example, if a
driverless car malfunctions and causes an accident, who is liable? The driver,
or the manufacturer who programmed the on-board computer?” added Pratt.

Changes to motoring insurance may be a hot
topic right now, but for the insurers themselves, the discussion has been on
the agenda for some time. “Insurers
have been debating these points for several years, and continue to do so,”
confirmed Kevin Pratt.

“The Association of British Insurers is deeply involved and may, at some point, develop a code of conduct
for its members in this area. But individual insurers will remain responsible
for the design and pricing of their own policies, so drivers will still have to
shop around for the best deal.” Kevin added, going on to predict:

“Uncertainty
remains over the whole area of driverless cars, not least because it will take
many years for the whole of the UK ‘fleet’ of private and commercial vehicles
to become ‘driverless’. Conventional cars bought today will still be roadworthy
in a decade or more. And what about vintage cars? Clearly, there will be a need
for ‘normal’ car insurance well into the future, beyond 2030.”

However, the
ongoing technological developments within motoring mean that any modern cars
are already autonomous in some way. Some have automatic brakes, assisted
parking, lane drift alerts and other functions which support the driver – and insurers
are already taking such technology into account by placing these cars in lower
insurance groups; all cars are allocated a group between 1 and 50, with lower
groups paying lower insurance premiums.

Hakan
Samuelsson, Volvo’s president and chief executive, said: “Autonomous
driving represents a leap forward in car safety – the sooner AD cars are on the
roads, the sooner lives will start being saved.” The Drive Me London trial
– as it has been called – will replicate similar tests which are being
conducted in Gothenburg, Sweden. Volvo revealed that the trials start in 2017, with
100 of its customers driving IntelliSafe Autopilot-equipped XC90s.

“There
are multiple benefits to AD cars,” Samuelsson added. “That’s why
governments globally need to put in place the legislation and infrastructure to
allow AD cars onto the streets as soon as possible. The car industry cannot do
it all by itself. We need governmental help.”

And the
government commitment is there. In July, details of new measures – created to
‘help Britain lead the way in developing driverless technology’ were published.

The
measures include regulations to the Highway Code and the launch of a
competition to secure a further £30m from the Intelligent Mobility Fund to
assist with the research and development of ‘innovative connected and
autonomous vehicle technologies’. This is in addition to a previous allocation
of £20m for a series of projects, while a further £19m fund is being assigned
for driverless car projects in Greenwich, Bristol and a joint one in Milton
Keynes and Coventry.

“Driverless
car technology will revolutionise the way we travel and deliver better
journeys,” commented Transport Secretary Patrick McLoughlin. “Our
roads are already some of the safest in the world and increasing advanced
driver assist and driverless technologies have the potential to help cut the
number of accidents further.” The consultation process concerning changes to the Highway
Code and insurance law opened in the middle of July and runs until September 9,
2016.

In conclusion, the
next few years could be genuinely groundbreaking for all aspects of the
motoring industry – for the drivers, the manufacturers, and insurance
companies. Self driving cars could be a huge game changer.

“With trials
of driverless cars already taking place in the UK, we can expect them to be on
sale to the public by the end of the decade,” said Kevin Pratt. “It
will be fascinating to see how driving law, insurance practice and our way of
life is affected by this monumental change.”

Humbled Google Allo is Not Yet Down for the Count