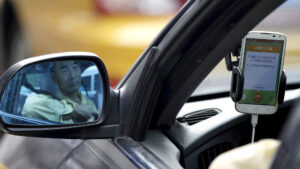 The tech giant’s rare investment gives it a stake in two burgeoning waves oftechnology – the sharing economy and car technology – as the iPhone businessthat propelled it to record profitability shows signs of maturing.

Apple is trying to reinvigorate sales in China, where it has come under greaterpressure from regulators, and Cook is traveling to the country this month.

Cook said in an interview that he saw opportunities for Apple and Didi Chuxing tocollaborate in the future.

We are making the investment for a number of strategic reasons, including a chance to learn more about certain segments of the China market,” he said. “Of course, we believe it will deliver a strong return on our invested capital over time as well

Didi Chuxing, formerly known as Didi Kuaidi, said in a statement that the fundingfrom Apple was the single largest investment it has ever received. The company,which previously raised several billion dollars, dominates the ride-sharing marketin China.

The company said it completes more than 11 million rides a day, with more than 87 percent of the market for private car-hailing in China.

“After all the hints about the service business and what they would like to do in the future, it’s all starting to fit together,” he said.Investors are eagerly watching to see whether Apple will enter the automotive business.

Apple has hired a wide range of automotive experts, and the company is exploring building a self-driving car, sources have told Reuters.

This investment shows they are thinking not just about cars but business models around transportation, and that is a very encouraging and interesting sign,

Cook said Apple remained focused on the in-car experience with its CarPlay system, which links smartphones to vehicle infotainment systems.