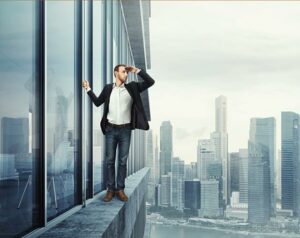 Every year NVIDIA puts on one of the most interesting and forward looking events in Silicon Valley called the Emerging Companies Summit.  Small fledgling companies both compete to be on stage and then compete on that stage for a large prize and recognition for having the product, service, or tool that has the most potential to be the next big thing.   And, ironically, there isn’t one winner take all of the firms get visibility with mentors, investors, and potential customers that will be invaluable as they take their products to market and, unlike TV reality shows where the turkeys are often highlighted for color, generally, every firm presenting has been vetted so the overall quality is high and anyone, or even everyone, could win.

I thought it would be fun to look back a bit over the years and see what happened to some of the players that were there the first year and then look ahead a bit to what is coming at the event this year.  (As a side note I’m also on stage as one of the Judges so this tends to be a lot of fun for me as well).

BumpTop created an amazing high definition 3D desktop for computers (it is actually really cool).  Since then they raised $1.7M in funding and were later acquired by Google.

Cooliris created photo viewing products for mobile and desktop platforms and were most famous for their 3D Wall which created an immersive photo viewing experience.  After ECS they raised $25M and then were acquired by Yahoo.

Elemental Technologies an impressive video encoding, decoding, and transcoding company back in 2008 and then they were acquired by Amazon for $296M last year.

Geomerics does large scale in game lighting (who knew that was a thing?) since they presented they raised $5.5M before being acquired by ARM.

Metaio was in to Augmented Reality before it became a thing, Apple to get caught up, bought them last year.   (As a side note this certainly suggests Apple has an AR product in the works.)

NaturalMotion was a next generation highly visual game company which raised $19M after being on ECS and then was acquired by Zynga in 2014 for a whopping $527M.

Perceptive Pixel was one of the first to truly understand multi-touch interfaces raised an additional $17M and then were acquired by Microsoft back in 2012 to help develop the Surface Hub (an innovative video conference room solution).

Morpho  is known for their advanced photo enhancement software currently bundled on Samsung’s latest offerings.  They recently passed the 1.5B mark in software licenses after going public and have a market cap in excess of $350M today.

This is all in the last 8 years and from fledgling version of ECS which has become far more mature and powerful since then.  Be aware this is an abbreviated list showcasing that ECS was very successful for a large cross section of companies that attended even in the very first year while NVIDIA was clearly learning how to do this.

As noted ECS has grown quite a bit in the last 8 years.  Now there are 95 companies (a full list can be found here-and schedule here) from 15 countries and 25 of them will be on stage presenting (the rest will have exhibits).  This year there will be a focus on AI, Automotive technology, Robotics, and Computer Vision.  In addition there will be a special section on VR with the top 8 of 60 companies that applied to present presenting.  New areas that will be covered will include Natural Language Processing, Weather Forecasting, Wearables, Drones, and something I wasn’t even aware this was a “thing” flavor analytics.

China will have a powerful focus as well with 16 companies taking the long trip to present at the event.  This is incredibly important because, right now, in China there are 7 new companies born every minute or 10,000 companies a day.   (Ok, at that rate, we are soon literally going to be up to our necks in baby Chinese companies).

As before there will be a $100K prize for the winning company but, given the prior section, the real value, that every company gets, is visibility and recognition which play a major role in future funding and acquisition opportunities.

ECS is a great way to see what is coming and, as noted, I look forward to this every year.  These small firms will likely get acquired by larger firms looking for innovation much like their predecessors were and thus have a far greater impact on the future.   Here you’ll see the coming future of AI, robots, drones, and even in car experiences.

I’ll be at the show and will provide highlights of what I think the big things coming out of it are so hang in there for a couple of weeks and I’ll do my best to give you a view of the future.  Or plan to drop by, and see that future for yourselves.