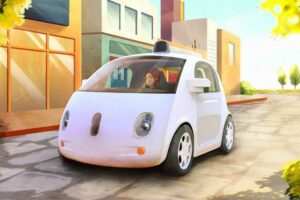 Let me start out by saying I really like driving except in heavy traffic when I’d just as soon take a nap and let the car take over.  Sadly we could put a system that would allow me to do that on the road today and I wouldn’t have to wait several years for them to develop a system that will eventually prevent me driving my own car.

However it is really clear that a lot of folks don’t understand that in virtually all cases the self-driving car will make it far less likely you or a loved one will be crippled, mutilated, or killed in a car and once mature I’d be willing to trade my love of driving if it means I won’t be crippled, mutilated, or killed particularly if I can nap in traffic (which is all I wanted in the first place).

If you look at the 6 most common causes of car accidents today distracted drivers, driver fatigue, drunk driving, speeding, aggressive driving, and weather self-driving cars eliminate the first 5.  On the 6th they are less likely to get into an accident by either refusing to leave in the first place or driving slow enough that accidents are unlikely.

Consumer Watchdog released a video showcasing some of the weaknesses of the current cars in test.  Those cars are obsolete and will soon be replaced by cars that don’t have these weaknesses and they won’t be final either.  While I think the Consumer Watchdog video is brain dead stupid there are some issues with self-driving cars that we do need to address to make them as safe as we can.

Now first thing you have to understand is that every one of the platforms in test is based on the concept of a learning machine and they start of having the knowledge of all of the test, and eventually the production, cars before them.  That means if one makes a mistake what is learned to avoid that same mistake the second time is part of an electronic update passed to all of the cars much like bugs are addressed in your Smartphones and PCs.

Now the only issue with this is that right now the different car efforts aren’t talking to each other and there is every likelihood that each car company will mostly stand alone.  If we are to maximize the safety of the entire effort this should be shared across companies so that the lessons learned with regard to safety shared as broadly as possible.

While the first generation of self-driving test cars largely used Lidar and relied heavily on existing maps and GPS systems the coming generation relies much more heavily on high resolution cameras placed around the car and far more powerful graphics processors that can actually read signs, recognize people and animals, and better see through the weather.

This makes it unlikely the car wouldn’t see a Police Officer or understand the hand signals.  This goes against what Consumer Watchdog presents in their video.  In addition upon seeing other cars stopped, the car would recognize there was some kind of unusual situation and slow or stop until the driver could provide input.

What I think goes to the core of why a lot of folks don’t get why Self-Driving cars should be massively safer than human driven cars is that they don’t do stupid things we do every day.  The don’t cut corners, they don’t roll through stop signs, they don’t make a mad dash when the light turns yell, they don’t race, they don’t drive under the influence, or get distracted, and they don’t over drive their sensors.

This last is important because one of the common arguments against self-driving cars is that given a scenario where the car was given a choice of hitting two things, a stalled tuck which would be fatal for the driver or a bunch of kids the car would choose the kids.  Since the car doesn’t overdrive the sensors or its capability it would always stop before hitting either.   Now if it hit ice and couldn’t stop, a human driver couldn’t stop either and given the car would then be ballistic there isn’t much either a person or the computer could do.  But the computer could try to do more things than a human could including spinning the car so it hit in a way that best assured survival by everyone and it would have a database of every other similar car that had been in a like situation to choose its response from.

Put a different way, even if your car had never seen ice before it has the combined knowledge of every car (from the same company for now) that had seen ice and could apply that knowledge.  If you’ve ever seen films of folks driving on ice, it is pretty clear we often don’t even learn from our own prior experience let alone that of others.

There is going to be a pretty big effort to stop self-driving cars as they will kill what is a huge industry that lives off of car accidents from replacement parts, to auto repair, to car sales and the insurance company models suggest premiums will drop as much as 90%.   I’ll bet there is a huge cross section of the health industry that doesn’t want to lose this revenue either.   So there will be an increasingly large effort to stop Self-Driving cars, however both the quality and length of your life may depend on this technology.  Because it will, once mature, eliminate the vast majority of ways we can currently get killed, crippled, or maimed on the road.

Apparently Consumer Watchdog doesn’t like Google for good reason and they are motivated to now go after every Google effort.  However Consumer Watchdog are not only cutting too big a swath here they making stupid claims which damage their credibility and hurt an effort that will, once mature, save tens of thousands of lives and prevent millions of crashes in the US every year.   In this case Consumer Watchdog is full of crap.

Planet of the Apes to Go to War

Wanna Have a Drink at Indiana Jones’s Bar?