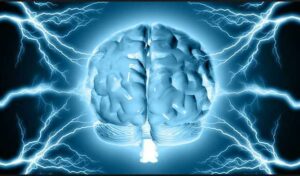 On the Google blog page they just announced the Little Box Challenge. Google, in cooperation with the Institute of Electrical and Electronics Engineers (IEEE), is looking for some clever person (or persons) who can somehow come up with a way to shrink a traditional power inverter (a device that converts DC power to AC power) down to the size of a laptop. And they are willing to pay $1 million to whoever thinks they can pull off that engineering feat.

These days, if you’re an engineer, inventor or just a tinkerer with a garage, you don’t have to look far for a juicy opportunity: there are cash prize challenges dedicated to landing on the moon, building a self-driving car, cleaning the oceans, or inventing an extra-clever robot. Today, together with the IEEE, we’re adding one more: shrinking a big box into a little box.

Of course, there’s more to it than that. Especially when the big box is a power inverter, a picnic cooler-sized device used to convert the energy that comes from solar, electric vehicles & wind (DC power) into something you can use in your home (AC power). We want to shrink it down to the size of a small laptop, roughly 1/10th of its current size. Put a little more technically, we’re looking for someone to build a kW-scale inverter with a power density greater than 50W per cubic inch. Do it best and we’ll give you a million bucks.

There will be obstacles to overcome (like the conventional wisdom of engineering). But whoever gets it done will help change the future of electricity. A smaller inverter could help create low-cost microgrids in remote parts of the world. Or allow you to keep the lights on during a blackout via your electric car’s battery. Or enable advances we haven’t even thought of yet.

Either way, we think it’s time to shine a light on the humble inverter, and the potential that lies in making it much, much smaller. Enter at littleboxchallenge.com—we want to know how small you can go.

So, Tesla-heads, you’ve got until September 30 to register your team (or university), you’ve got until July 2015 to submit your approach, in October 2015 18 finalists will be invited to bring their inventions in for testing and sometime in January, 2016 the grand prize winner will be announced.

NVIDIA’s Shield Tablet and The Future of in Car Technology

I Know Where Your Cat Lives – even kitties aren’t safe