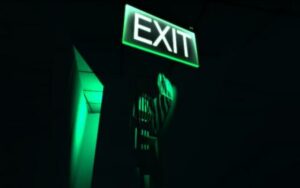 The more money you get from a VC the less chance you have a happy ending. Or so it seems according to research by ExitRound.

The fact is that venture capital is not a direct route to a big payday at the end of your startup dreams. According to this research,it may actually lead to a lower valuation than you expected or anticipated.

Lots of startups talk about staying “lean and mean” capital-wise during scale-up, but the temptation to take on new investment can be tough to resist given the growing number of seed investors. Exitround worked with some big-name startup accelerators (Y Combinator, Techstars, SoftTech VC, and others) to study the real connection between venture funding and exits of less than $100 million. Startups that raised a total of $2-$3 million or $5-$10 million had the best return on investment, the study found.

So, it only goes to prove that when someone says lean startup, it should mean lean. It all comes down to simple fact that a small team moves quickly, builds a product that takes off, and reaps the biggest reward. The rest is anybody’s guess.

So, if you think you need $100 million for your startup to really take off, ease on back to about 1 or 2 million dollars. You will be happy you did.