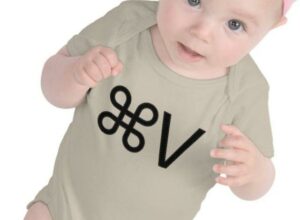 The Apple 2014 Developers Conference kicked off this morning with a pretty much ho-hum list of incremental advances to the Mac and iOS ecosystem. They picked a few nits, borrowed a few more Android and Windows features and pointed to a few bandwagons they plan to jump on…sometime…in the future.

About the only new announcement that caused the developer audience to ‘oooh’ a bit was a new Apple-centric programming language called Swift. According to Apple, the language is designed to make programming faster, easier and more secure for its developers and, according to Apple Senior Vice President of Software Engineering Craig Federighi, “it totally rules.” A Swift language guide is now available in iBooks.

Why does Swift ‘totally rule?’ Um…well, we aren’t really sure, but since virtually every other programming language ever invented had to go through numerous iterations before they got most of the bugs out I’m not sure if Apple developers should give up their existing tools just yet.

As far as the nit picking goes, Apple is fixing a few things in their new Mac OSX operating system named Yosemite and their iOS software. They also say that they’ve spiffed up iCloud a bit and soon Apple users will be able to share files from their iPhones, iPads and Macs.

In the borrowing from Android and Windows category they will be including things like activating Siri by saying ‘Hey Siri’ (as in OK Google), providing the ability to respond to emails or notifications from the Notifications shade (borrowed from an earlier version of Android) without having to actually activate the apps (as Android users have been able to do since version 4.1), adding a new iCloud Drive (as in Dropbox and Google Drive), a Finder-like file browser (like in Android), predictive typing (ho-hum, had that for years now) and the ability to use third-party keyboards (again, been there done that).

Bandwagons of the future include health monitoring software and wearables, smart homes, more privacy controls in their Safari browser, digital wallet capabilities, the ability to send iMessages to (gasp) non-Apple devices and the integration of Apple software into automobiles.

Even the Apple faithful seem to be a bit disappointed by all the not-so-revolutionary announcements. Adding features that everyone else has had for years (some of them nearly bit-for-bit knock offs) isn’t going to get anyone excited. Announcing ‘plans’ to get involved with trending technologies like wearable fitness/health devices or smart homes is almost embarrassing when their competition in already shipping third generation devices.

Granted this conference was for Apple developers not consumers and Apple traditionally makes new hardware announcements in the fall (although they haven’t really made any significant hardware announcements for nearly four years now). But based on the amount of time, money and energy they spend on these developer conferences and the amount of media attention they know they are going to get, you would think they would at least provide something more than incremental fixes and borrowed features.