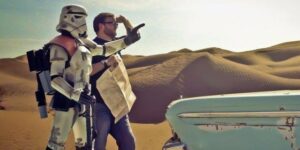 It is one of the most popular tourist destinations in the world as its famous for its art, culture and history. Paris is full of top attractions, museums, art galleries, things to do and places to go no matter what time of year you’re planning on going.

Paris is synonymous with art and the city has numerous art galleries showcasing some of the best masterpieces from around the world, from pre-history to the Renaissance, contemporary and classic. One of the most famous art galleries is the Louvre Museum, home to the iconic Mona Lisa. This historic building dates back to the 12th century when it was originally a fortress, before it was a palace in the 16th century, later becoming a museum in 1793. You can’t miss the iconic glass pyramid in the courtyard in front.

If you’re looking for the iconic ‘photo opportunity’ there are so many Paris monuments and landmarks around the city. The Arc de Triomphe is arguably one of the most photographed landmarks in Paris. Climb up to the viewing platform for spectacular panoramas over Paris and see the Tomb of the Unknown Soldier underneath, with the intricate designs and engravings that make up the pillars of the arch. The Pantheon is another great historic monument not to be missed, housing the tombs of some of France’s most renowned intellects and politicians through history. Montparnasse Tower, Paris’ only skyscraper, is considered the modern monument to see if you want unparalleled views over the city and the Eiffel Tower.

Paris is one of the most historic capitals in the world and has a wealth of culture to discover from monuments and museums, to other historic buildings. Notre Dame Cathedral is one of the most popular landmarks in Paris, celebrated in the iconic story the Hunchback of Notre Dame. See the towers, gargoyles, huge nave and ringing bells and marvel at this French Gothic cathedral. On the Île de la Cité you’ll also find the Sainte-Chapelle which is famed for its breath-taking stained glass windows. If you’re in Paris for longer and fancy a day trip out of town, then all you have to do is to take a Top Paris Transport which match up your budget and kick your day with the most amazing journey of exploring Paris.

Paris is full of fantastic museums to discover and learn more about the city. From weird and wonderful science, to brands and advertising, art and waxworks, there really is something for everyone. Discover parts of Paris you never knew you could, like an underground tour of the sewers, or treat yourself to something sweet with the history of chocolate making.

One of the most popular museums in Paris is the Grevin Wax Museum. It’s the Madame Tussauds of Paris – but better – and you can see some of your favorite Hollywood actors and pop stars. See the Hall of Mirrors, in the optical lights, and learn about the painstaking process the waxwork teams go through to make just one model. It’s one of the best places for a selfie, too!

Paris’s is so recognizable thanks to the number of historic monuments and landmarks that sit along the horizon. These buildings represent significant historic events such as military victories and modern urban and economic development.

One of the most important monuments – and most popular – is the Arc de Triomphe at the top of the Champs Elysees. Not only is this one of the most photographed buildings in Paris, but it’s one of the most significant in terms of Paris’ social history. This triumphal arch was commissioned by Napoleon in 1806 and was to commemorate the brave French soldiers and the eternal flame burns above the Tomb of the Unknown Soldier today. The Arc de Triomphe also commands great views over Paris from the top of the viewing platform – one not to be missed!

No one could imagine Paris today without it. But Gustave Eiffel only constructed this elegant, 320m-tall signature spire as a temporary exhibit for the 1889 World’s Fair. Luckily, the art-nouveau tower’s popularity assured its survival. Lifts ascend to the tower’s three floors; change lifts on the 2nd floor for the final ascent to the top. Energetic visitors can climb as far as the 2nd floor via the south pillar’s 704 stairs. Beginning with a 2.5m-high bulletproof glass wall built around the tower in 2017 (the base is still free to visit after passing through the security checks), a €300 million renovation project over 15 years will reduce queues, protect visitors waiting for the lifts from rain and snow, modernize the illuminations and improve visitor facilities.

This city is full of attractions, once you have entered in the city you can’t resist yourself to lost in its beauty!