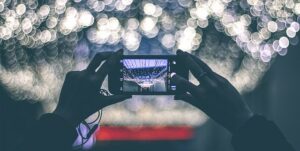 The Leyard TWA Series by Leyard and Planar

The global leader for visualisation products, Leyard, along with the global leader for display & digital signage technology and a Leyard company, Planar, together have introduced the Leyard TWA Series with fine-pitch LED-based video walls, featuring the family of an unique LED video wall flat-panel displays with outstanding image quality and low power consumption. The Leyard TWA Series is now available in 1.2 millimetre pixel pitches and in 1.8 later this year, and is built on Leyard’s leadership as world’s largest manufacturer of the fine-pitch LED-based video walls providing the form factor and pixel density same as that of LCDs or rear projection video walls.

It provides a completely seamless image, configured nearly at any size. The Leyard TWA Series provides with an energy-efficient, unique design, 24X7 reliability, and unsurpassed image quality, making it ideal for digital signage applications as well as control room. The display innovations of Leyard and Planar were displayed at InfoComm 2016. The Leyard TWA Series is available via the global network of Leyard and Planar’s authorised resellers. Additional models are expected to be released by 2017 end.

The soaring prevalence of consumer electronics is expected to garner huge demand for low power next generation displays, regarding modern technology engulfing in upcoming electronic trends. The consumers nowadays demand for latest high-quality image definition, discerning each prospect of electronics. According to FMI’s report, North America is expected to be the dominant region for low power next generation display market in the near future. Some key players identified in FMI’s report who are actively participating in the global market include Toshiba, Philips Electronics, Panasonic, Nova Display, Corning, Cambrios Technology, Au Optronics, Apple, 3M, Sony, Samsung, and LG Display.

How to Use Instagram with Your Direct Sales Business?

Why SMBs Should Invest in Apps