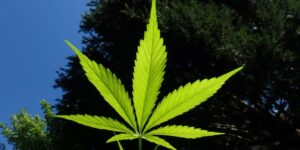 We have all probably heard the phrase “growing like a weed” at some point or another, but what seems to be growing even faster is the booming market for cannabinoid products. Since the legal cultivation of hemp began in the State of Colorado in the year 2014, hemp and its byproducts have been experienced unprecedented rates of growth. But the industry for one hemp-derived byproduct in particular—cannabidiol (CBD)—has been growing exceptionally fast.

CBD is distinctively different than both industrial hemp and recreational marijuana. While industrial hemp is typically not used for consumption purposes—and is instead used for things like paper, cloth, rope, and biofuel—CBD can be used for consumption and has been claimed by some to be a particularly effective wellness product. But unlike recreational or even some kinds of medical marijuana, CBD does not focus on the THC component of the plant that might cause the consumer to feel “high”. Instead, CBD simply focuses on utilizing something that is already a natural part of every human being.

Some sources project that by the year 2020, the CBD market will reach over $2.1 billion. Considering that just a few years ago essentially all hemp-derived products were banned from legal cultivation in each of the 50 United States, this notable change is clearly a dramatic shift away from past industry trends. But what is it, as the numbers continue to suggest, that makes CBD such an exceptionally great product? Why is it that even when compared to other newly legalized industries CBD markets have been experiencing even greater degrees of growth?

1. A wide variety of different uses

Each of our bodies are uniquely equipped with a complete endocannabinoid system. Whether we have ever consumed any type of cannabis products or not, this system is a natural part of us and directly influences our day-to-day health and well-being. Though the highly (and wrongfully) stigmatized cannabis plant has been largely ignored by researchers of many disciplines for decades, its use is now becoming better understood than ever before.

Doctors, clinicians, massage therapists, psychiatrists, dieticians, counselors, and numerous other varieties of people are now realizing that CBD products can potentially help our bodies in ways we were previously unaware of. As our comprehensive understanding of such a unique system and such a unique plant both continue to grow, the market demand for CBD has unsurprisingly been growing in response.

Because of numerous different propaganda campaigns, business monopolies, and controversial acts of legislation, the use of hemp products have largely been looked down upon in the United States for the past 75 years. But as a country who claims to be rooted in the principles of individualism and freedom, we are beginning to collectively realize that the consumer ought to have the right to consume what works best for them.

Many individuals who want to feel better but do not want the intense high produced by the consumption of THC or the risk of addiction produced by traditional pharmaceuticals have come to realize that CBD products may be their best option. As consumers become more informed, open-minded, and willing to find solutions to their most persistent problems, it is clear that more people have become willing to give CBD products a try. Though perhaps not for everyone, these products have certainly been excellent solutions for many.

One of the reasons that the CBD industry has been experiencing such a tremendous rate of growth is that producing quality research in the industry is now more possible than ever before. Now that the industry can operate out in the open and essentially without fear of government interference, everyone in the industry is able to be learning how to create the best product possible.

With each passing harvest, farmers are learning which seeds, growing methods, and treatment types are the absolute best. Consequently, Colorado hemp farms have recorded increased yields, higher quality yields, and a lower cost per acre each year they have been operating. Furthermore, wellness providers, edible makers, and other commercial enterprises are learning to use these yields to the best of their ability in a way that creates a positive experience for the end consumer.

For many years, legalization has been what has been holding the CBD industry from being able to realize its full potential. Though federal legalization is something that legislatures everywhere still need to take the necessary actions to realize, it is still clear that a tremendous amount of progress has already been made, and is continually being made every day.

Currently, 8 states have legalized both the recreational and medical use of marijuana products. But what is perhaps even more impressive is the fact that a whopping 46 states have at least legalized the use of non-psychoactive medical cannabis products. This means that despite the fact that cannabis still is legally a schedule 1 substance under federal law, you can now potentially be prescribed some sort of cannabinoid in all but four states (ID, KS, NE, and SD).

Though there is certainly a lot more legislative and democratic efforts that still need to occur before CBD and other hemp-derived products can be treated as an ordinary crop, it is clear that things are certainly much different than they were even just five years ago. As the will of the people continues to push these laws in one very obvious direction, all cannabis related industries have been expanding in response. Nowhere is such expansion as obvious as it is in the world of CBD products.

Since the legal production of CBD products across the nation, the unique product itself has caught the attention of a wide variety of different investors. From investment firms on Wall Street, across the world, locally, and among the farmers themselves, numerous different people have come to realize the lucrative investment that can be made in the cannabinoid industry.

From a potential investor’s perspective, this industry is one that is very unique. As has been seen before in other industries that have gone from being either illegal or highly regulated to legal and ready for growth, being amongst the industry’s initial investors can produce incredibly high rates of returns. This is caused by the fact that in a matter of just a few years, the market has been able to go from seemingly nothing to immediately being among one of the nation’s leading cash crops.

Because of the recent changes in legislation, obvious market potential, and continued innovation, the CBD industry is currently experiencing a sort of “rallying” effect. This sort of rally is highly comparable to the technology rally that occurred in the 1990s with the sudden advancement of the personal computer. Like the personal computer, it has already become quite apparent that this newly developing industry is genuinely here to stay.

To this day, many of the world’s most informed investors are still kicking themselves for having once assumed the rapid growth experienced by Apple, Microsoft, Google, and others was artificial and simply an industry fad. But when innovation in a new market is genuine, there is simply no other way around it.

The growth, development, and advancement of the CBD industry is indeed genuine. As all 50 states eventually hop on the bandwagon and begin allowing the industry to fully blossom, it will certainly be interesting to see which CBD-producers will ultimately prevail as the foremost titans of industry.

How Has Web Designing Improved Over The Years?