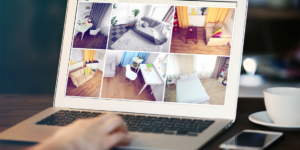 The home security market is at the beginning of a boom that is being driven by technological advances. Growing crime and cybercrime rates are also driving the expansion in home security. The rise of internet-connected smart homes will intersect with the growing cyber security market, which is on track to reach $1 trillion by 2021, according to Cybersecurity Ventures. Homeowners who are looking to keep up with these growing markets should take a closer look at some of the technological developments that are enhancing home security.

By 2020, half of U.S. broadband homes will be smart homes. The biggest driver of this growth is demand for security. Sixty-three percent of smart home adopters say that family security is one of their top motivators for investing in the technology, according to a survey by August Home and Xfinity Home.

The demand for connected homes is also creating a new security niche because people need to defend their personal information against cyber thieves. One of the top home security technologies introduced at CES this year was the Norton Core, which is a secure smart home router. The Core scans all incoming and outgoing data packets to intercept malicious code and identify vulnerabilities. The Core also can detect intruders who are attempting to hack smart home devices.

Another smart home security device introduced at this year’s CES is the eBlocker. This device gives smart home owners more control over their private data by cloaking their home network in anonymity, hiding their IP address, stopping all tracking software and blocking all ads. The eBlocker achieves this without installing software on their smartphone or PC.

Smart home device manufacturers see the TV as the central hub of the emerging smart home. In this vision, connected 4K TV screens serve as the central viewing dashboard where homeowners can monitor their security cameras, see who is at their door and check their locks.

Instead of using a traditional remote, homeowners will use their smartphones to control everything. Sixty-two percent of consumers in the August Home/Xfinity survey said they wanted to have smartphone control. Smartphones can interact with connected TVs and they can be used to remotely check security cameras.

While the smartphone currently serves as the central controlling device for smart homes, it may be displaced by voice control and other hands-free methods in the future, according to a Juniper Research study. Voice assistants such as Amazon’s Alexa, Google’s Assistant and Apple’s Siri are paving the way for voice-controlled smart home security.

As the voice assistant market grows, devices will become more sophisticated. For example, new devices will develop the capability to accommodate multiple users. Natural speech advances also will be incorporated into voice assistants, which will let users have a more flexible vocabulary when issuing voice commands.

The August Home/Xfinity Home survey found that the most in-demand smart home security feature is video monitoring. Likewise, connected cameras are the most popular smart home products, desired by 40 percent of consumers.

Just as the TV screens used for smart home security are now predominantly 4K, some high-end security cameras from suppliers such as Lorex now come with 4K capability. This gives consumer and business security users greater ability to see important identifying characteristics of suspects that might not be picked up by lower-resolution cameras, such as eye color or ear shape patterns.

Another type of high-end security camera that is popular on the market is 2K cameras that have a higher number of megapixels for the camera’s image sensor. This is another way to for users to receive high-resolution images to make the footage more usable.

Another feature of today’s high-tech security cameras is night vision, which enables them to capture images in low-light conditions. Just as high-end smartphone cameras can now shoot photos in low light even without a flash, high-end security cameras also have this capability. Low-light photography is achieved through HDR (high dynamic range) imaging, which captures several images of a subject rapidly using three different exposure settings and then creates a combined image that highlights the best-lit features of all three.

Night vision makes it much easier to identify suspects whose images were captured in the dark. Details such as clothing and eye color that might have been indistinguishable under normal dark conditions can be captured in vivid detail with night vision cameras.

Camera motion sensors also are becoming more sophisticated thanks to advances in smart technology. Traditionally, motion sensors have relied on infrared (IR) technology, which works well in good conditions but is prone to trigger false alarms in bad weather conditions, such as wind. More recent IR technology overcomes this problem through a number of adjustments. For instance, a pair of IR beams can be set up as a virtual tripwire that must be broken to trigger an alarm. Other systems use cross-zoning to restrict alarms to movements that cross multiple camera zones.

In addition to these improvements, smart motion sensors now work in tandem with smartphones. Users can set their system up to receive email or push notifications when a motion alarm is tripped.

Another major trend in security technology is the increasing use of drones as electronic watchdogs. PricewaterhouseCoopers estimates that the security drone market is capable of generating $10.5 billion in revenue annually. However, drones also are being misused for trespassing and smuggling. Markets and Markets has projected that the anti-drone market will grow to $1.14 billion a year by 2022.

At this year’s CES, Alarm.com premiered a new autonomous security drone that illustrates the direction this technology is taking. Developing in partnership with Qualcomm’s Snapdragon Flight Drone Platform, the drone is integrated to smart home security systems so that when an alarm is tripped, the drone takes flight to capture video. The video then gets streamed to the user’s phone. Alarm.com hopes to have its drone available on the market within the year.

The world of Floatation-REST and Sensory Deprivation Tanks

How PayPal Has Changed the Digital Industry and What Will the Role of Banks Be in the Coming Years?