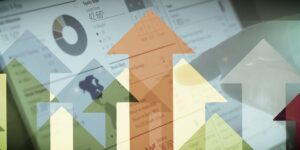 While you may be an investor that adheres to traditional techniques and strategies, it is important to remember that high-frequency trading (HFT) remains a prominent part of the financial landscape. This is a crucial consideration, as the divisive and extreme nature of HFT impacts the whole of the market and in a number of diverse ways.

In simple terms, HFT is a program trading platform that leverages powerful computers and complex algorithms to complete a high volume of transactions rapidly. This type of platform analyses relevant markets and external conditions before executing orders based on specific findings, while those with the fastest transaction speeds are known to be far more profitable than slower programs.

The Basics of HFT and its Origins

The core appeal of HFT programs (particularly among large corporations) is that they add liquidity to the financial market, in relation to individual quotes on the exchange. This is why HTF platforms became so popular in the wake of the great recession, as this was a major concern among banks and investors after the sub-prime mortgage collapse and the decline of Lehman Brothers in 2008.

The increased level of liquidity provided by HFT is particularly beneficial in relation to spread-betting, which is often conducted through online brokerage outlets such as ETX Capital. Higher liquidity levels actively remove any bid-ask spreads that would typically have been too small, with testing of the Canadian market revealing that the additional of fees on HFT triggered an increase of 9% in bid-ask spreads.

How Does HFT Impact on the Financial Market

Despite this obvious benefit for those who partake in HFT, the practice has drawn huge criticism for its overall impact on the financial market and traditional investors. The fundamental argument against HFT is that it has the potential to execute thousands of simultaneous transactions within a matter of milliseconds, which can trigger significant market shifts that occur without warning or reason. After all, traditional investment models require traders to rely on market and trend analysis, so sudden and unexpected movements can undermine even the best-laid strategies.

We saw this first hand back in May, 2010, when the Dow Jones Industrial Average (DJIA) suffered its largest ever intraday point decline. The Index fell by a staggering 1,000 points and 10% in just 20 minutes, before quickly rebounding and rising again to its previous level. A subsequent investigation revealed that a huge, HFT order served as the trigger for this increased volatility, causing a widespread sell-off that sent the market and the price of individual shares into free-fall. This highlights the primary issue with HFT, as while those who use it can manipulate the market to their advantage this usually comes at the expense of those who favour traditional models.

The Last Word for Traders

Clearly, there are advantages to HFT, particularly for large corporations that can leverage this technology for their financial advantage. The significant volatility caused by this practice can be particularly damaging for independent and traditional investors, however, who can see even the most carefully trades undermined by unforeseen and entirely unpredictable price shifts.

All too often the criticism leveraged at HFT is that it eliminates human interaction and emotion from trades, but this is actually a benefit that fairly optimises the impact of each individual order. Instead, the real problem lies with the way that it creates imbalance in the financial market and stacks the cards in favour of HFT traders, as this actively caused traditional investment models to suffer as a result.

This also drives a considerable divide between large corporations and independent traders, which had previously been narrowed by innovation and the development of online trading platforms.

What are the most fun cities in the world?

Are Twitter Shares a Viable Investment in the Current Climate?