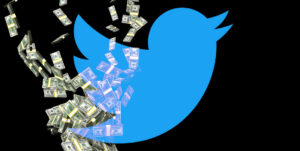 While social media continues to be a genuine, growth market, some of its trailblazing channels are beginning to lose traction. Take Facebook, for example, which is thought by some to have already reached saturation point with a user-base in excess of one billion. The brand has responded to this with pronounced diversification and innovation, expanding into markets such as virtual reality and live broadcasting.

One social brand that has struggled more manfully is Twitter, which found itself struggling financially after a period of declining usage and engagement. The prolonged search for a buyer has exacerbated this, forcing the company behind the channel to slash jobs and deal with significant losses. This has raised concern among both shareholders and investors alike, who are in question whether Twitter can possibly represent a viable investment in the current climate?

Some involved in share trading may argue that social media shares are no longer as lucrative as they once were. They will cite Twitter’s recent struggles as an example of this, but this view does not take into account the level of demand within the market and the robust nature of social channels.

After all, Twitter’s decision to reduce the workforce by up to 9% and close down the popular Vine feature was a proactive one, rather than a forced response to austerity. This helped the brand to soften the interim blow of declining revenue growth, as it reported third-quarter earnings that were superior to the published Wall Street forecasts. This allowed the firm time to develop and hone its future strategy, while impressing investors actively helping the share price to increase.

This is an impressive feat, and one that questions the assertion that Twitter represents a volatile investment option. The company reported 13US cents per share in non-GAAP profit for the third quarter, for example, which in turn represented an 8% increase from the previous year’s figures. This came despite a net loss of $103 million, and the restrictions imposed by eliminating jobs in disciplines such as sales, marketing and partnerships.

Is Twitter a Viable Investment Option for the Future?

While Twitter’s response has been proactive in the extreme, the question that remains is whether they will be able to retain their viability as an investment option for the future? The answer in the short-term is probably no, as the company’s decision to cull staff is part of a wider restructuring strategy that will drive future growth. This will incur internal, near-term costs of up to $20 million, while there may also be additional compensation expenses related to interim volatility of share prices.

The longer-term looks brighter, however, with Twitter having already taken clear steps to follow the lead of Facebook and increase engagement through live video. It’s flagship broadcast Thursday Night Football has proven particularly successful, drawing an audience of three million over the last three weeks (up from 2.35 million at the beginning of the season). More importantly, this realigned focus has triggered an increase in daily active usage and audience engagement levels, while further broadcasts will help to continue this upward trend.

When considered in unison, these factors suggest that Twitter is on a path to recovery and that share price volatility should stabilise over the course of the coming financial quarters. Certainly the focus on video and improved, online security has been well-received, as has the proactive decision to reduce the workforce and restructure the company and its core offerings. The only issue with such a strategy is time, as despite having an initial impact it will be a while before Twitter represents an appealing proposition for risk-averse investors.

This will change over time, however, making Twitter a long-term investment option with real potential. The definition of long-term relies on each individual investor, of course, as those with a great appetite for risk may choose to acquire Twitter shares earlier and before the price begins to peak.

How Has High Frequency Trading Impacted the Financial Marketplace?

What Can Make Your Web Development Cycle Faster