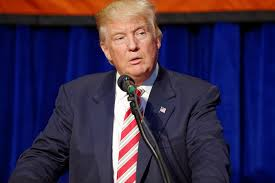 There’s absolutely no aspect of American life left untouched by the presidency. That’s a sobering thought now that Donald Trump is Commander in Chief. Perhaps the biggest impact on the lives of ordinary citizens could come from his proposed border wall and import tariff with Mexico.

Trump has been talking about a border wall since the start of his campaign. While the wall may eventually be astonishingly expensive and somewhat delayed, business leaders in America are a lot more concerned about Trump’s proposed method of getting, “Mexico to pay for it.”

Trump’s proposed hike of import duty for Mexican goods could raise the price of everything from avocados to corvette accessories. Car parts are bound to be particularly affected. Crucial parts for almost all automobiles in America flow through a complex supply chain that spans many nations. Mexico is a key part of this complicated supply chain.

Mexico is the car manufacturing hub for America. More cars are imported across the border from Japan and Canada than Mexico every year. The concern is the parts. Mexico is, by far, the largest source of car parts for the nation. According to the government, the US imported car parts made in Mexico that are worth a whopping $52 billion in 2016.

This has a crucial impact on the manufacturing sector on both sides of the border. US manufacturers will have to raise prices on their final product, even though they’re labeled as “Made in America.” Meanwhile, Mexico may suffer a subtle shift in demand for these parts.

The costs as surprisingly significant. According to TIME, a Chevy Cruze Hatchback could cost 20% more if Trump’s border plans come to fruition. Many major American manufacturers have already invested billions of dollars in new plants in Mexico. BMW, FCA, Ford, General Motors, Honda, Hyundai, Mazda, Nissan, and Volkswagen have all spent more than $24 billion collectively to boost manufacturing in the Latin American country.

Toyota, in fact, recently announced plans to invest more than $10 billion in Mexico. Autopart makers and car manufacturers are certain they will pass on the added costs of tariffs onto customers.

Political moves that raise barriers have a tremendous economic impact. Businesses seem unwilling to step back from their long-term plans for investment, despite President Trump’s threats. In this war of words between business and the federal government, common automobile owners could be worst affected. Not only are cars expected to get more expensive, if the move were to be implemented, but repairing and replacing parts would be just as inflated.

The Small World with a Large Audience: The Life of a Writer