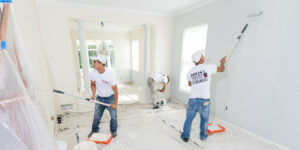 In 2010, New York lawyer, Frederick Oberlander filed a complaint alleging an international real estate development and investment company named Bayrock Group, had committed fraud. According to Oberlander’s complaint, the company was involved in funding the Trump SoHo Hotel and had a ‘concealed partner’ with a criminal history.

The alleged criminal partner is the businessman, Felix Sater. The complaint was filed on behalf of one of his clients, Jody Kriss and another former Bayrock associate.

Due to some serious ethical violations, however, Oberlander’s initial complaint against the company resulted in a series of grave investigations against Oberlander himself and resulted in the imposition of court-ordered sanctions, a referral for criminal investigation and a temporary suspension of his license.

It was revealed during the proceedings that the lawyer illegally disclosed the criminal records of Sater from a previous incident and filed them with the court. The disclosure of these files was highly unethical as the court had actually sealed these documents, which disclosed Sater’s cooperation with authorities.

The releasing of these files resulted in a court injunction against Oberlander’s further spread of classified information, which was affirmed by the Manhattan-based U.S. Court of Appeals for the Second Circuit. In 2014 and 2015, other court proceedings examined Oberlander’s misuse of these files.

In 2015, forty years after Kriss. et al. had initially filed a complaint against Bayrock, the court imposing sanctions on plaintiffs and Oberlander . Attorneys from Bayrock had argued that Oberlander obtained the information in an unlawful and unethical manner. After Oberlander defied court orders seeking to determine the source of the information, the court ordered the complaint to be stricken as a sanction. Oberlander then was terminated as plaintiff’s counsel in the case.

In June 2014, a disciplinary complaint was filed against Oberlander before d by an ethics committee. The committee ultimately ordered Oberlander’s license suspended for a year starting from September 1, 2018.

Oberlander manipulated the legal system and blatantly violated ethical codes that he had promised to uphold. His actions are clearly a reflection of his dubious character.

After his one-year suspension ends, the temporarily disbarred lawyer will return to practicing law with no limitations.

It is fair to say that Frederick Oberlander is not a man that can be trusted to do what is right in a court of law.

How an Addition of QR Codes Can Enhance a Museum Visit

Voice Search Will Dominate SEO in 2019: Here’s How You Can Benefit From It