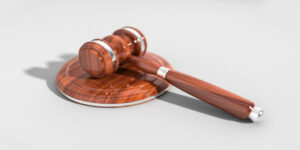 Imagine stepping into a courtroom, knowing you’re about to give evidence against your attacker. Will you be able to think clearly and calmly? Maybe you’ll be pressured or accused of lying by a lawyer, or possibly, the person you’re giving evidence against will try and intimidate you whilst you’re there. This is a reality that adult and even child witnesses have to endure.

A ‘Court Video Link’, enables a witness to give evidence from a safe space nearer their home where they can be comfortable, speak confidently and most importantly, not be intimidated in the courtroom environment by the defendant or their associates.

In the study, it was found that 91 percent of witnesses who had given video-recorded evidence found it helpful due to ‘not having to appear in court’, ‘easier to say things’, feeling ‘less scared’ and it ‘helped witnesses to remember details’.

Taking advantage of this technology will not only make the process of giving evidence easier for a witness, but will also:

Now in 2019, this technology is available to be utilised by courts, lawyers and legal teams to help anxious or vulnerable witnesses give evidence, in cases where it may be difficult for them to do so in person. Since 1998 Eyenetwork have helped connect witnesses and defendants for video court hearings worldwide. After already connecting to over 875 courts worldwide in 2018, they continue to spearhead the approach to tackle issues such as witness intimidation in court.

The Benefits of Pursuing a Career in Data Science

Lead Generation Can Help Expand Your Business and Here Is Why