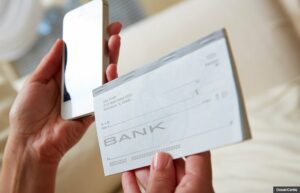 The United States has a group of banks called “The Big Three.” They are the Bank of America, JP Morgan/Chase, and Wells Fargo. Last year, these 3 banks made $6.4 BILLION – in overdraft fees, alone! Did you pay an overdraft fee last year? If so, then your $35 fee contributed to that total. Chances are, you had more than one and it was probably because the charges used up what little money you had left. You, along with millions of other Americans, got caught in a downward spiral of overdraft fees and unexpected charges.

To look at it another way, these financial fat cats charged $35 fees 183 million times. That money comes from people who are already out of money.

How do They Get Away With This?

So, how does The Big Three get away with this? It’s all part of the fee structures that banks charge. You pay the banks to use your own money. If you keep your money in a bank, you pay the bank to get it back. The bigger the bank is, the more they charge. Common fees include:

With the wide array of fees that customers may pay at their banks, it might be more sensible to keep your money in a mason jar in the backyard. The one benefit may be if your bank pays interest on your account.

Banks tell us that they have to charge these fees to run their bank. If that is so, then how did American banks make $171 BILLION in profits? It looks more like a chance to gouge customers.

A Symptom of a Bigger Problem?

In the U.S., the Golden Rule is, “He who has the gold makes the rules.” People who have money are considered to be stronger and smarter than others. Many people point to this philosophy as the reason Donald Trump was elected as president. One side sees him as a greedy billionaire who will ruin the country, others see him as a savvy businessman who will restore the economy. Either way, the changes affect – money.

Some would say that the U.S. is greedy, revealing a weak character, pointing to deregulation of banks as an example of the desire to grab money. Congress has started repealing theDodd-Frank Act which was supposed to protect consumers from unfair lending tactics, but as with any other massive government power grab, actually made it harder to get any kind of loan. Small businesses have struggled under the tight restrictions while the banks continued to rake in funds.

As banks are deregulated even more, and the Consumer Financial Protection Bureau is dismantled, people with low bank balances, who often face several overdraft charges a year, may have a hard time breaking the cycle.

How To Avoid Being Cheated

Bank reform, in reality will take years – if it ever happens. Even after reform, predatory lending practices can and will be lurking around every corner. One of the best ways to protect yourself and your money is by banking with smaller institutions. They are far more likely to appreciate your business and are usually easier to talk to, with real people answering the phone.

Local credit unions are excellent choices for your banking needs. You get more personalized service and lower fees. Often, a credit union can give you a better interest rate on an automobile loan or mortgage. They are often more understanding if you have insufficient funds and frequently offer higher interest rates for savings accounts.

Credit unions will also let you choose to protect your debit card purchases with overdraft protection. If you are with a bank, ask about the same coverage. Of course, when you buy a $1.50 Coke at a drive-up window and your account is out of money, that Coke will cost you $36.50 if you have overdraft protection. That’s what made the banks rich, remember?

Your bank and most credit unions will refund your overdraft charges if they don’t happen very often. It’s ok to ask – you may get at least half of the money back. Shop around. Look for an institution that will work with you and your budget.

The best strategy, in the long run, is to retain as much control as you can over your own money.

In the past few months, a few overdraft apps have popped up. To mention a few, Dave and Earnin are the ones you might have heard about. If you want to hear more, you should check out this website that reviews all the overdraft apps in the market: https://overdraftapps.com. Basically, these apps want to protect you from paying overdraft fees. The way they do it is quite straightforward: they advance you cash, typically between $50 and $200, before your next paycheck. The day you receive your paycheck, they will automatically take back the money they gave you. Most overdraft apps currently charge nothing for their services (or almost nothing). Dave costs $1/ month and will charge you some kind of transaction fee while Earnin is 100% free. Both apps do encourage their users to pay them by tipping, although it is completely voluntary. While Dave is backed by Mark Cuban, Earnin (in the market for a few years now) has raised dozen of millions of dollars from top-tier investors. The traction that Dave and Earnin received is quite impressive although it’s unclear how much they will be able to stay in the game if they don’t charge some kind of interest rates (or other types of fees). Let’s not forget that people who overdraft regularly usually have low credit scores and their risk of defaulting is higher than the average John Doe.

What are the Different Kinds of Jewellery?