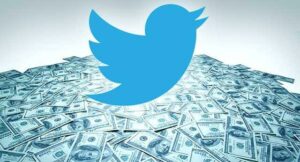 Privacy is a big deal these days yet we give it away every time we log in.

Google, Bing, Facebook, Twitter or whatever search or social media sites we use want to get to know us better. Not to make our online experiences more enjoyable, but so these services can use our activities to paint an ever more accurate picture of who we are, what we like and what ads are most likely to tickle our fancy.

All these companies (and many more) are adding people profiles to their massive data warehouses as fast as they can and the more information they can glean about us the better because that’s what they sell to advertisers. And these days it’s not just about numbers, it’s about tailoring the audience to match the ads.

This isn’t really a new concept. Back in the days when I worked for different tech magazines (the paper kind) we used list services to get names and addresses for our subscription mailings. There were all sorts of list brokers who could rent you different kinds of lists (you would buy a list for a single use and they would send it to the printing company that was printing your mailer. That way you couldn’t just copy the names and addresses and use them over and over again.)

The lists ranged from your basic ‘phone book’ that included any- and everyone to highly ‘qualified’ lists of people that they knew (or hoped) would only include people who were more likely to subscribe to your particular type of publication. So a list generated by a software or hardware technology company would theoretically generate more subscriptions than a list created by say an automobile company. And, of course, you would pay more for the lists that were more targeted to your particular market. It wasn’t terribly sophisticated but it did provide a small advantage and just about everyone was willing to pay extra for even a slight advantage.

That’s what is happening now. The big difference is how granular our modern ‘list providers’ can get, how deeply they can drill down and ultimately how effective an advertising effort will be.

And it doesn’t stop at search or social media. It was recently announced that Microsoft has bought Mojang the creators of the popular game Minecraft for $2.5 billion dollars. There has been a lot of speculation (and a fair amount of skepticism) about the purchase. Did Microsoft want to turn the game into a MMOG subscription-based game? A micro-payment platform? A Windows Phone app?

I think it had more to do with the fact that Minecraft has been downloaded 100 million times since it was first released and 100 million names is a pretty good sized list by anyone’s standards. But since Mincraft is essentially a download once and play all you want style game it might not be so easy to mine data from all those users unless something on the backend changes.

Microsoft didn’t just buy a game, it bought an entire, very loyal community with very specific demographics and if Microsoft doesn’t mess things up too badly they should be able to turn that community into a very valuable list.

Apple is transforming itself into an incremental payment system

Every company is a software company