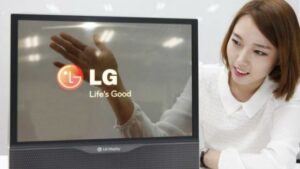 LG has announced the release of two new super thin TV panels and is confident of producing a 60in, Ultra HD rollable version by 2017.

The new flexible panels boast a 1,200 x 810 pixel resolution, and remain undistorted even after they have been rolled into 3cm cylinders.

This flexibility has been achieved by using a “high molecular substance-based polyimide film” instead of plastic and LG believes that much larger screens are not too far away.

We’re not sure if such a huge bendable display would ever truly catch on, but the possibilities for more mobile devices are potentially huge.

The South Korean firm made waves last year when it announced that it was to start mass-producing flexible OLED smartphone screens, and that it was also developing a smartphone that would pack the hardware.

However, the G Flex was a major disappointment when it finally saw the light of day, seen more as an experiment than anything groundbreaking.

Mobile app of the day: Boxes