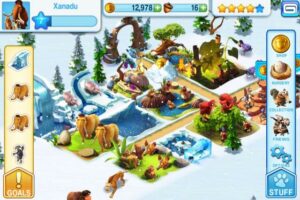 The FTC is claiming that Amazon billed parent, through their kids’ usage, millions of dollars in unauthorized in-app charges. And in return, the FTC wants Amazon to refund the monies and stop billing parents for in-app charges without consent. While you may think that this is about the apps and the consumer because they are the ones making the charges but Amazon is keeping 30% of that dough and managing the transaction through its users’ accounts with it.

Essentially, Amazon is doing nothing to stop kids using their parents accounts to make unauthorized in-app purchases. While Amazon does have some measure of kiddie control in its services it was allowing kids to make unlimited purchases of virtual items without any parental involvement.

FTC chairwoman Edith Ramirez said, “Amazon’s in-app system allowed children to incur unlimited charges on their parents’ accounts without permission. Even Amazon’s own employees recognized the serious problem its process created. We are seeking refunds for affected parents and a court order to ensure that Amazon gets parents’ consent for in-app purchases.”

According to the complaint Amazon introduced the in-app charges in its Appstore in November of 2011. There were no password requirements for any kind of in-app charges with no oversight of kids’ games and apps.

Furthermore, the kids’ games and apps often blur the lines between what is virtual currency and what is real currency. The FTC, in its complaint, singles out “Ice Age Village” as one particular game with a real world payment required to use “coins” and “acorns” in the game. The screen to buy more currency is visually similar to the one that has no real-money charge. A kid could spend as much as $99.99 in one purchase.

Amazon employees were highlighting the problem of unauthorized in-app purchases back in December 2011. The internal communications used terms like “…clearly causing problems for a large percentage of our customers,” and even calling the situation was “near house on fire.”

In March 2012 Amazon updated its in-app charge system for purchases over $20 to require an account owner to enter a password. However, Amazon still allowed the kids to make unlimited individual purchases as long as they were under $20.

It seems that it took Amazon two years to finally do something about the problem, June 2014 to be precise, but just before the FTC decided to pursue its complaint against Amazon.

Ironically, Amazon’s policy is that all in-app charges are final and nonrefundable and the result has been confusion and frustration on the part of the parents who have been trying to get refunds over the last couple of years.

LG building flexible TVs you can roll up like posters