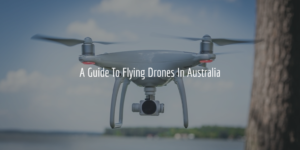 Drones were first thought to be the preserve of a few. In recent times however, they have become one of the biggest trends as enthusiasts all over the globe are looking to take to the skies while they remain safely rooted to the ground. These small aircraft have become increasingly available as the size and price have both reduced.

Now everyone can buy a drone and enjoy the experience. One of the most prominent uses of the small aircraft is taking photos; the aerial photos taken from a drone are breath-taking to say the least. Wouldn’t it be great if you could just fly the drone wherever you pleased? After all, the fun is in the challenge of having to perform difficult manoeuvres to keep it in the air. However, even this seemingly harmless fun can land you into trouble with aviation authorities. Drones have to share airspace with other heavier craft and with the advanced tech they use now, it is safer to have rules to guide their flight. The Australian body that caters for aviation safety has its own rules that you as an owner of the small aircraft need to know about.

The laws vary depending on the intent of flying the drone. The Civil Aviation Safety Authority recognizes drones as remotely piloted aircraft (RPA), the more technically acceptable term. The laws are different for those flying RPAs for fun and those using them commercially. Those who need the drones for commercial purposes must have an operator’s certificate. Recreational use of the drones does not need any certification; however, there are safety rules to adhere to. Let’s delve into it.

Flying a drone for fun

The rules as they stand today state that private operators can fly the RPAs without CASA approval for flying. The rules though should be followed, and they are quite simple;

These rules may seem like simple guidelines that nobody should have trouble following but the repercussions of ignoring them can amount to fines of up to AUD 8500 for a single offence. In the event that the drone endangers people’s lives or causes a physical harm, the cases will be dealt with separately for each of the aggrieved parties.

CASA defines commercial use as any activity that is done for a reward or for hire. In such scenarios, operating the drone is not just about getting hold of the remote controller and flying. You have to go through a certification process that will get you an Operator’s Certificate. There is more. Before any commercial drone flight can be done, the operator needs specific permission from CASA before the machine can leave the ground. The approval is only issued after the operator fills the necessary paperwork which includes things like a flight plan as well as copies of certification.

There are ramifications that come with going against the regulations. First off, the operator could have their license revoked, which makes them unfit to fly the RPA. Once the certificate is revoked, one can apply for another even though CASA has the power to refute the application or place conditions. In addition to this, infringement of the law by commercial operators can lead to criminal charges in some scenarios.

Despite the tough approach, CASA has introduced new laws that are more lenient in order to facilitate a fair business environment. Drones under 2KGs will be operated without an Operator’s Certificate.

The drones will also be subject to the same rules as those for private owners as well as the rules that apply to commercial flights. Drone operators are keen to get their documentation right as the commercial sector is already benefiting a lot from exploiting the capabilities of drones. However, CASA is dealing with a backlog of applications that has slowed down the process.

Developing a chat bot – It’s not a tough job.