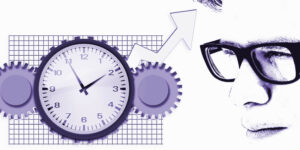 Success is great – it feels good in the moment and gives you something positive to reflect on in the future. However, the path to success isn’t always perfect. It’s often littered with wins and losses, highs and lows, happy times and moments of depression.

If you want a true picture of what entrepreneurial success looks like, learn from those who’ve experienced the good and the bad.

Here’s What Successful Entrepreneurs Want You to Know

There’s a common saying that goes something like this: “I wish I knew now what I didn’t know then.” In other words, if we were somehow able to understand important concepts and truths before going through them and suffering the negative effects, success would be much easier to obtain.

While it’s impossible to avoid all trials and tribulations as an entrepreneur – and they often make you better for going through them – you can at least avoid some mistakes by heeding the following advice from those who’ve gone before you:

1. Survive Until You Get Another Opportunity

If you’re a fan of metaphors, then you may want to picture entrepreneurship like a boxing match. You’re an inexperienced boxer and you’re up against a veteran athlete with a superior record. While you’re faster and more agile, your opponent understands the game better and lands a hard right hook that causes you to hit the ground.

While on the mat, you look around, compose yourself, and get back up. Two rounds later, he lands another punch that causes you to crumple to your knees. Once again, you get back up. Suddenly, near the end of the fight, your opponent begins to tire. You see an opportunity and you take it. You land such a hard haymaker that he topples to the ground and the match is called. Knock out. You win.

Despite the fact that your opponent got the best of you for so many rounds, you stuck around long enough that you were eventually able to find an opportunity and leverage it. As an entrepreneur, you have to do the same thing. No matter how many times you get knocked down, you should always get back up again.

“Even when I’m down, I’m not out—I’m still in the game,” successful trader Timothy Sykes says in his popular guide to penny stocks. “There’s always going to be more opportunities, but if you can’t survive—if you don’t have capital to stay in the game—you can’t win. So stay in the game and give yourself that chance to win—even if you might not necessarily win every time.”

Sykes is referring to investing in particular, but his sentiments hold true, regardless of your specialty. Stand tall and do whatever it takes to be successful in the future.

2. It’s About Your Customers – Not You

One of the biggest mistakes you’ll see an entrepreneur make is going into business with the assumption that they understand what the customer wants. While there are times where companies can both create and satisfy a need – Steve Jobs was famous for doing this – it’s very rare. Instead of following your own desires, you need to identify what your customers actually want/need/desire.

This is something that Hiten Shah, co-founder of KISSmetrics and Crazy Egg, has found out the hard way.

“My co-founder and I spent $1,000,000 on a web hosting company that never launched,” Shah explains in an article published on Buffer. “We were perfectionist so we built the best thing we could without even understanding what our customers cared about. We have now learned to spend smart, optimize for learning and focus on customer delight.”

Successful ventures are always, without exception, about the customer. As soon as you make your entrepreneurial pursuits about stroking your own ego or satisfying a personal need, things will go downhill. It’s not about you – it’s about your customers!

3. Surround Yourself With Smart People

One of the strangest things about the average person is that they’d much rather be surrounded by people who are less skilled, less talented, etc. The reason is that we’re often judged by the people around us. If we’re better at something than our friends, it makes us look better than we really are.

The classic example of this is a girl who chooses to be friends with other girls who aren’t quite as attractive. She knows that when her circle of friends goes out for a night on the town, she suddenly looks even more appealing.

This is a dangerous game to play when it comes to entrepreneurship, though. You actually want to surround yourself with the smartest, most talented people possible. While it may not make you look smarter, it will actually help you improve. The more you’re around talented people, the more their skillsets start to rub off on you.

One recent example of this concept in practice comes from NBA star Kevin Durant. While the media largely criticized him for leaving the Thunder to join the Warriors, the reigning champion, the move was actually smart on his part. He knows that by surrounding himself with top-notch talent, he’ll ultimately become that much better.

4. Invest Profits Back into the Business

It takes a lot to grow a startup into a successful business that produces steady cash flow. In order to facilitate this transition, you must be willing to sacrifice some pay and invest profits back into the business.

When a young business starts making money, the initial response is to increase your salary and bask in the success. However, you must understand that the only way to enjoy continued success is by “feeding the beast.” It takes money to make money and reinvesting your profits is the best possible thing you can do.

This is something Larry Kim, founder of WordStream, found out the hard way. In the early days of his business, he took all of his profits for himself. He bought a new car, paid himself well, and lived pretty irresponsibly. However, he soon found out this wasn’t sustainable.

“The transition from employee to entrepreneur can be lucrative, yet dangerous, especially if you experience early success,” Kim says in this guest post for Medium. “Don’t let an increase in pay (by way of sales) cloud your good judgment and stunt your growth.”

5. You Need a Personal Life Outside of Work

Finally, don’t forget this short but sweet lesson: You need a personal life outside of work. It’s not healthy to work 80 or 100 hours per week and do nothing other than sleep. You need friends and relationships that aren’t connected to your career. This ensures that, should something happen to your company, you still have people to hold you up.

You Win Some, You Lose Some

As an entrepreneur, you’re going to go through trials and tribulations. This is the simple reality of the matter. However, the ultimate goal is obviously to win more than you lose. In order to be successful, you have to come out ahead.

By heeding the advice of entrepreneurs who’ve been through the proverbial ringer and come out prosperous, you can accelerate your pursuit of success.

Lamborghini and MIT team up